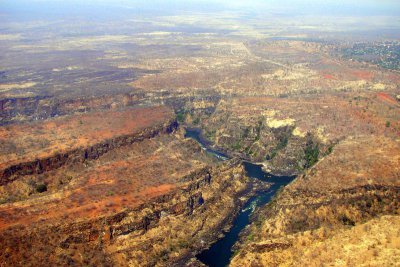 The Zimbabwe government has agreed to pay US$70,8 million to the Zambian government to pave way for the construction of the 1600 mega watts Batoka Hydro Power Station, state media reported.

The agreement will play a critical role towards the construction of the Batoka Hydro Power Station which when complete will boost the power national grid by a further 1600 mega watts.

Kariba Hydro Power Station was built during the Federation of Rhodesia and Nyasaland, and Zambia argues that after the demise of the arrangement, Zimbabwe benefitted more from the infrastructure.

In an interview in Harare, the Permanent Secretary in the Ministry of Energy and Power Development, Mr Justin Mupamhanga said both countries have shown commitment to the construction of the power station and a preliminary analysis shows that the project requires US$2,4 billion.

Industrial capacity in Zimbabwe has been greatly affected as the country generates 1250 mega watts of power out of a demand of 2500 mega watts.

It is believed that this year, the demand for power will increase by 29% while other neighbouring countries are reportedly set to feel the pinch by mid 2012.

Meanwhile, there are growing calls for the government to consider strategic partners as well as alternative sources of energy in order to address the power crisis.

Confederation of Zimbabwe Industries (CZI) Chief Executive Officer, Mr Clifford Sileya said with the increased production on the local mining industry as well as the coming on board of the NewZim Steel Company, there is an urgent need for the government to expedite the issuance of licenses to independent power importers as well as harnessing alternative energy sources.

The seriousness of the government in resolving the perennial energy crisis has been questioned following the reluctance to inject substantial funds towards power generation.

In 2011, around US$40 million was disbursed for energy development while no allocation was made to the Kariba South expansion programme which is estimated to cost US$400 million