From : Bulawayo24.com
by Mbuso Mlilo

Zambezi express, a production by leading Bulawayo arts group Siyaya, is set to kick start its tour of the region this month.

Zambezi Express is a brilliant combination of music, dance , song and circus. A perfect chemistry of sight and sound.

The production premiered last month at the Bulawayo theatre to mark the kickoff of the tour around the Southern region.

“The Zambezi Express’ regional tour starts here in Bulawayo and our next port of call will be places which include Gwanda, Hwange, Victoria Falls then we go regionally that is Zambia Swaziland and South Africa.

“We hope to have covered these places by November so that we make it in time for Ibumba Festival in December,” said Thuba Gumede who is the choreographer for the group Siyaya failed to tour the United Kingdom this year due to the strike which gripped Zimbabwean airliner Air Zimbabwe later this year and Gumede said their failure to tour Europe has not affected them in any way as it has helped them to draw back from their fountain of creativity while at home.

“We are still with the rest of them as it wasn’t that long that we stayed in the country and our stay also proved to be a blessing in disguise as we got used to the life in Zimbabwe as it changes daily.

He also said the Zambezi Express production’s premiering at Bulawayo Theatre marks the production tour of the region.

They rechristened themselves Siyaya (On the Move) during their10th anniversary; a literal description of journeys all over the world, as well as of an identity, an ethos and a heartfelt belief, and the name could not be more apt.

Their latest production Zambezi Express premiers at the Bulawayo Theatre until Sunday. 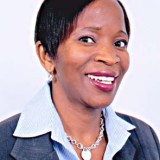