A record 33 rhino horns weighing more than 86 kilograms and worth an estimated HK$17 million have been seized by customs officers who found them hidden in plastic scrap in a shipping container from South Africa.

Officers also uncovered HK$400,000 worth of ivory in the form of 758 chopsticks and 127 carved bracelets in Monday’s swoop when the ship arrived from Cape Town.

They found the rhino horns and ivory after peeling away layers of tinfoil, paper and plastic wrapping. No arrests were made.

But officers at Tsing Yi container terminals on Monday used an X-ray machine to thoroughly check the suspect container, which was purportedly “full of plastic waste” and gave off a foul smell.

Of 63 bags inside, one bag placed at the rear was searched and found to contain rhino horns.

Lam believes the horns were on their way to neighboring countries.

“Illegals may have purposely mixed rhino horns with plastic waste and wrapped them up in layers of black plastic bags and aluminum foil to avoid checks or screening by customs,” he said.

“That strong bad smell coming from the plastic waste may have been part of the cover-up tactic.”

Only 25,000 of the endangered species are left in the world, of whom at least 17 must have been slaughtered to harvest this number of horns.

Officers would not name the final destination of the container, but powdered rhino horn is often used in traditional Chinese medicine.

The record haul far surpasses the one or two rhino horns seized from individual travelers in the past.

Anyone found guilty of importing endangered species for commercial purposes faces a maximum fine of HK$5 million and two years in jail.

An investigation is under way to track down the source of the shipment and its final destination. 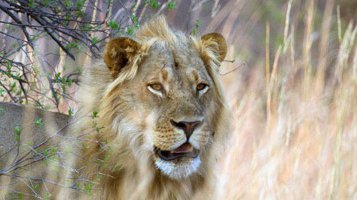