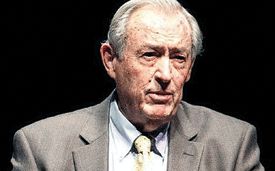 Anthropologist, Dr Richard Leakey has warned Botswana it faces harsh climatic conditions in 50 years due to the effects of global warming.

Leakey warned that in 50 years time climate change will decimate the country’s wildlife and water resources and displace many Batswana who will be forced to flee drying up areas in search of places with better water resources.

The renowned Kenya-based anthropologist was the guest speaker at the annual Kalahari Conservation Society (KCS) gala dinner, which was attended by President Ian Khama, who is the chairman of Conservation International and KCS vice-president.

Leakey warned that when national parks’ biodiversity is disturbed due to the effects of global warming, wildlife will need to move out of the parks to fend for themselves but human habitations surrounding the parks would make the wildlife movements impossible, resulting in deaths.

Botswana is famed for its rich wildlife resources and the Chobe National Park boasts of diversity of game viewing including over 60,000 elephants, lions, buffaloes, zebras, antelopes, birds species, to name but a few. Leakey also predicted that as global warming takes its toll, wildlife will be concentrated in only one area of the country that can sustain them.

He did not predict doom only for wildlife. The anthropologist predicted that Botswana as a semi-arid country would also get drier and drier, resulting in depletion of ground water resources, a phenomenon that Leakey warned would also force people to flee to areas that would sustain their water needs.

Leakey also warned that crop production would be severely hit in the next 50 years as plant species die out due to the effects of climate change.

He also said that some scientific work has estimated that sea-levels could rise by three metres, a phenomenon which Leakey predicts will prove disastrous to cities and countries around the sea. 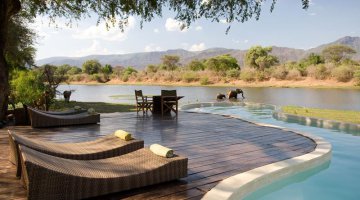 Swimming Pools in the Bush