A number of rhino's have been killed in the country in the past few days. (REUTERS)

South African police appear to have broken the back of a massive rhino poaching syndicate, including Thai nationals, local game farmers and veterinarians.

In rhino poaching circles, Steyl is regarded as one of the key suppliers. Today, he handed himself over. He was charged and released on R100 000 bail. Steyl allegedly also supplied lion bones to a lucrative Asian market. Defence counsel, Alwyn Griebenow says: “From the first time that I spoke to him he seemed very confident. He is very happy that he is in the clear and that he has done nothing wrong.”

Outside court, animal rights activists were again vocal. Miranda Jordan of People for the liberation of animals says: “What we see today is a major turn in the prosecution and certainly a very strong message has been sent out to the rhino syndicates to our very own people who are selling and killing our rhino and to the Asian block who are trading in illegal rhino horn.”

The syndicate stretches across provinces

Thai national Chunchom Lemthongthai was apprehended on Friday. It is understood he was lured to the country by investigators under the pretence of a poaching deal. He was earlier convicted for possession of lion bones. He is believed to be a close business associate of Lemthongthai.

The syndicate stretches across provinces. Musina Game Farmer Dawie Groenewald and 10 others have also been linked to the three. Groenewald is out on R100 000 bail. Twenty one rhino carcasses were found in a mass grave on his farm. It is believed Groenewald and Steyl supplied Lemthongthai’s company.

The case resumes in January. 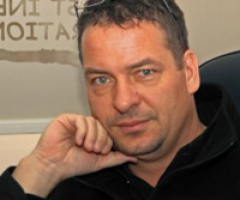 Are deep discounts confusing the market?