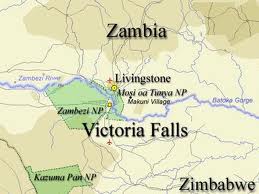 Victoria Falls and Livingstone towns in Zimbabwe and Zambia respectively will co-host the event.

Officials in Zimbabwe’s coalition administration have hinted on the challenges that face them and could lead to a below par hosting.

Firstly, authorities have “suddenly” realised that there is no conference venue in Victoria Falls with capacity to house the expected 500 delegates from 155 countries.

The minister in charge of Economic Planning and Investment promotion in Zimbabwe, Tapiwa Mashakada said a new convention centre has to be built soon at the resort town.

But Mashakada is silent who will foot the bill.

Secondly, with most events slated for Victoria Falls, energy shortages could be a nightmare for organisers. Power supply in Zimbabwe is erratic, with random power cuts being the order of the day.

Chief Executive officer for Zimbabwe’s power utility, Josh Chifamba told [I]The Africa Report[/I] in Victoria Falls at the weekend that they were left with no option but to approach neighbouring countries for additional power.

Chifamba justifies the move by comparing it with South Africa hosting the Fifa World Cup in 2010 in which neighbouring countries starved their locals by supplying South Africa with power during the games.

“The tourism event should not be viewed as just a Zimbabwe and Zambia affair but a continental one. It is known that Zimbabwe is facing power problems and the best option would be for us to seek additional supply from countries surrounding us,” Chifamba said.

He added: “When South Africa hosted the Fifa 2010 soccer World Cup, all power utilities in the region assisted it with power and they should do the same with us.”

Zimbabwe and Zambia faced a stiff challenge from wealthier nations such as Russia, Turkey, Jordan and Qatar to land the rights.

The UNWTO is expected to boost the tourism industries of the two counties, which both are keen to develop.

Tourism players in Zimbabwe speak of already receiving business inquiries for bookings for the event.

So far, various stakeholders in the tourism sector in Livingstone have welcomed the news of the successful bid for the two countries.

The stakeholders are hopeful that the demand for accommodation will be unprecedented while there would be massive infrastructure development in both countries. 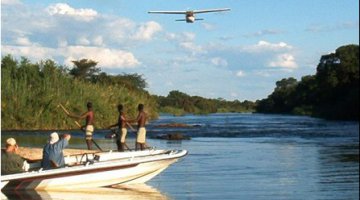