UN Secretary to visit Zimbabwe on a fact-finding mission

UN Secretary General, Ban Ki-Moon and his team will be in the country in February 2012 on a fact-finding mission to establish the capacity of the country to host the 2013 United Nations World Tourism Organisation General Assembly.

Speaking at a stakeholders meeting in Victoria Falls, Permanent Secretary in the Ministry of Tourism and Hospitality Industry, Dr. Sylvester Maunganidze, urged operators go an extra mile in sustaining a positive image of the country as it will now be under scrutiny even on matters considered as minor, adding that there is an urgent need for the expansion of Victoria Falls International Airport to enable it to handle more and bigger aircrafts.

“We need to establish how the airport will handle the flights if fifteen aircrafts are going to land within an hour and how long will the passengers wait to stamp their passports,” said Dr. Maunganidze.

Dr. Maunganidze emphasised the need for team work and spirit of unity among the players saying this will ensure that the country maximises business opportunities for all, with previous hosts having managed to multiply their Gross Domestic Product by 10 times from hosting the event.

“We must engage the local traditional dance groups and make sure guests are entertained throughout. Guests should never be given a moment to feel the heat of the Falls. Let us work together. 3 000 people cannot be hosted by one company, we will benefit but let us work together,” he added.

Some of the concerns raised in the meeting include the immigration operations with suggestions to adopt the Korean model which saw immigration officials being deployed on all international flights to stamp passports in a bid to reduce long queues at the ports of entry.

The Ministry of Tourism and Hospitality Industry is also set to open a permanent office in Victoria Falls to enable it to work with operators in the resort town ahead of the mega event. 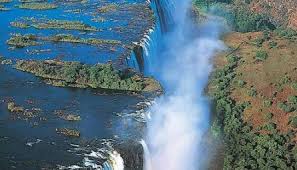