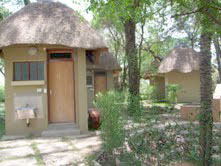 Recent media reports suggested that the N$127 million project needs more millions before its completion can be realised.

The project that commenced in 2007 was due for completion last year May.
Farhad Nadimi, Engineer Manager of Bona Consultants said the project does not have financial problems as reported.

Rather, he said, the project is progressing well and phase 1 is due for opening by the end of this month. The remaining two phases will be finalized in accordance with the existing building programme.

Government allocates N$23 million annually towards the project.
Nadimi explained that when he took over in 2007, he found a lot of faulty work from the previous consortium.
Another reason, he pointed out, were continuous floods that caused a lot of delays.
“We had no government penny lost due to floods because we raised the construction level to above the 100 years flood mark,” he said.

“The project is now thousands of kilometers of service that has gone underground such as water pipes, sewerage and electricity, and low and high tension. The area was a flood spot.”
According to him, when he took over in 2007, he noticed the area is flood-prone during the rainy season.

“We proposed that we must not allow government money to be washed away. So we improved the set-up, we filled two meters above the flood level,” he added.
He said Bona has improved the project compared to past consultants.

Small and medium enterprises (SMEs) do all construction work, with no foreigners on site.
Bona has employed over 2 000 locals and has offered them training.
Most of the materials used are also locally sourced, he revealed.

Some of the challenges, he pointed out, were upgrading the standards of SMEs to meet national construction levels.

“The challenges normally sound negative, but this challenge is a challenge we are proud of. We have created long-term jobs,” Nadimi told New Era.

“Now SMEs have credit with banks and suppliers recognize them as contractors. We have done nothing special, but adhered to His Excellency (President Hifikepunye Pohamba)’s call to empower the people.”

The waterfront is strategically located on 22 hectares along the southern banks of the Zambezi River and has access to the Trans-Caprivi highway.

Phase 1 comprises of the finalization of camping facilities and VIP bungalows.
Phase 2 has 27 bungalows, a conference centre, shopping mall, restaurant facility, an elevated walkway and an arts and crafts centre.

The third phase will mainly comprise of an aquarium, an amphitheatre, a bistro, engineering infrastructure and final touches to phase 2 components.

Previous post Rhino Poaching Soars Along With Demand for Horns