Women Ruggers Off to Car Tourney 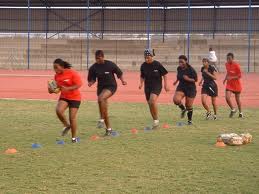 THE Zambia women rugby team has left for Botswana for this weekend Confederations of Africa Rugby (CAR) tournament with coach Innocent Sakala bubbling with confidence that his team will finish among the top four sides.

The 12-member team left on Wednesday by road and made a stop-over in Livingstone before proceeding through Kazungula.

Sakala said his players were in good shape and were ready for the two-day competition that starts on October 29, saying the selected players were the best players for the championship.

He said it was not an easy task for the coach to come up with the final team as all the players that were called up for camp had proved to be good players, but the coach only needed 12 players for the Botswana outing.

Sakala said the players had gone through intensive training to enable the female rugby players come out victorious in the championship, adding that he had picked experienced players for the challenge and would bring home the trophy.

“The players are okay and they have prepared adequately for the competition, they are in good shape and ready to take on any given team am sure my team will be among the top four teams in the tournament,” Sakala said
He said most of the players that made the national team were part of the team that won the recently held Castle sevens competitions held in Lusaka.

Sakala encouraged the players that did not make it to the final team, saying they should not lose heart, because they were so many competitions coming in future.

Zambia is in Pool A with defending champions South Africa, Rwanda and Zimbabwe while Pool B comprises of hosts Botswana, Uganda, Kenya and Madagascar. 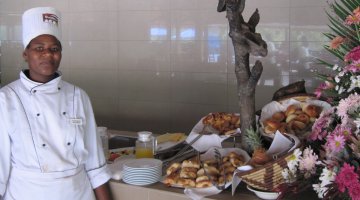