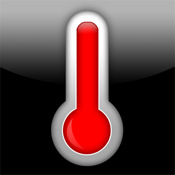 From : The Herald
Published by the government of Zimbabwe

A hot spell continued sweeping across the country yesterday with some places recording temperatures of up to 45 degrees Celsius, while people collapsed in some areas as they worked in fields and gardens.

This confirms October this year as the hottest month since 1925. The high temperatures are expected to continue until Sunday.

The Health and Child Welfare Ministry and some health experts are urging members of the public to be wary of diarrhoea, headaches, vomiting and dehydration.

Health and Child Welfare Minister, Dr Henry Madzorera, said the direct effect of the hot temperatures were dehydration and sweating and encouraged people to drink a lot of water.

He said the weather also favoured the breeding of flies and mosquitoes, adding that the people were supposed to use fly-traps and be wary of diseases caused by flies.

The Met Department attributed the high temperatures to a middle level high-pressure centre that developed on Sunday.

Farmers have been encouraged to carry out their farming activities early and stop by mid-morning.

The Chicago Red Cross released this list of do’s and don’ts for staying cool during a heat wave:

Avoid strenuous activity. If that’s not possible, try to do it during the coolest part of the day – 4:00 a.m. and 7:00 a.m.
Stay indoors as much as possible. If air conditioning is not available, stay on the lowest level, out of the sunshine. Try to go to a public building with air conditioning each day for several hours.
Wear lightweight, light-coloured clothing, which reflect away some of the sun’s energy.
Drink plenty of water regularly and often, even if you don’t feel thirsty. Your body needs water to keep cool. Water is the safest liquid to drink during heat emergencies.
Eat small meals and eat more often.

Drink anything with alcohol or caffeine because they dehydrate the body.
Eat foods that are high in protein, which increase metabolic heat.