Friday, 21 October 2011
Local tour operators have started receiving business inquiries as Zimbabwe and Zambia prepare to host the 20th session of the United Nations World Tourism Organisation general assembly to be held in 2013, an official said on Wednesday.
The 2013 UNWTO general assembly will be held in Livingstone and Victoria Falls at a date to be communicated later.
Inbound Tour Operators of Zimbabwe Association (Itoza) president Tich Mudzonga said the sector has been receiving inquiries from its foreign counterparts since success of the co-hosting bid was announced last week.
“The industry is already receiving enquiries on possible partnerships from outbound tour operators mainly from the traditional markets in Europe, the United Kingdom and the Americas,” he said.
“Immediately, the perception of Zimbabwe as a tourist destination has skyrocketed following confirmation of winning the bid.”
Mudzonga said the sector should maximise business opportunities as the world’s tourists focused on the two countries.
“We need to be proactive now to reap the benefits of this world event,” he said, adding that tourism operators should work around the clock in order to reap benefits.
Africa will be hosting the event for the second time after successfully hosting a similar one in Senegal in 2005.
The event will bring 176 countries to the two cities and will be the biggest endorser of the new brand, “Zimbabwe a World of Wonders”.
The UNWTO represents public sector tourism bodies, from most countries in the world and the publication of its data makes possible comparisons of the flow and growth of tourism on a global scale.
The organisation plays a role in promoting the development of responsible, sustainable and universally accessible tourism, paying particular attention to the interests of developing countries.
It also encourages implementation of the Global Code of Ethics for Tourism, with a view to ensuring that member countries, tourist destinations and businesses maximise the positive economic, social and cultural effects of tourism and fully reap its benefits, while minimising its negative social and environmental impacts.

Next post The Hide and Africa Albida Tourism part ways 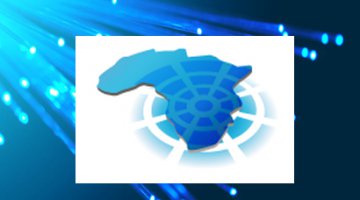