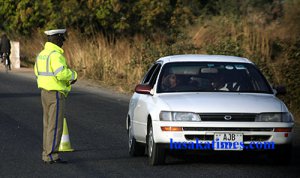 File: A traffic policeman attending to a motorist at a roadblock near Chikankata in Mazabuka

INSPECTOR-GENERAL of Police Martin Malama has directed traffic police officers to stop collecting fines but instead issue erring motorists with tickets.
Dr Malama said in Lusaka on Tuesday the Zambia Police Service will work in collaboration with the Road Transport and Safety Agency (RTSA) to ensure that a proper system is put in place.

“We are looking at the way traffic police have been operating; we are looking at how to further discourage the practice of paying money to police officers when a traffic offence has been committed. Tickets will be issued.

“We have informed RTSA and directed Commissioner for Central Province, Dr Solomon Jere, and other senior officers to sit down in Livingstone so that we can work out a mechanism in which our people will be able to travel without being inconvenienced,” he said.

Dr Malama said police, in collaboration with RTSA, want to look at the new measure so that traffic offences can be paid for preferably at a bank. He said the nation will be kept informed on this matter.

Tags: fines for motorists in Zambiatraffic police in Zambia 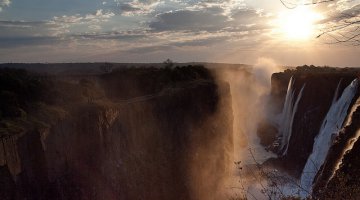