Zambia to have 10th province

GOVERNMENT will soon create another province in Zambia to be called Muchinga in line with its resolve to streamline local administrative structures.

President Michael Sata said in Lusaka yesterday that the Government also planned to shift the capital of Southern Province to Choma, which is centrally located, and promote Livingstone as Zambia’s tourism hub.

In his official address during the first session of the 11th National Assembly, President Sata said the new province would be created by dividing Northern Province into two regions.

“The location of the provincial headquarters would be determined after consultations have been concluded with stakeholders,” he said.

On the relocation of the Southern Province headquarters, Mr Sata directed Information, Broadcasting and Tourism Minister Given Lubinda to ensure the programme was completed within two years.

He said Choma was more centrally located to best serve as the provincial capital for Southern Province compared to Livingstone, which should be promoted as a tourism resort city.

“It can also contribute to the creation of employment opportunities for our people. However, the tourism industry in its present state has failed to make any meaningful contribution to Zambia’s economic development due to poor infrastructure, uneconomic routes, poor marketing of Zambia as a tourist destination of choice and unstable
exchange rates,” President Sata said.

He said as a consequence, Zambia was one of the most expensive and least known destinations for visiting tourists in the southern African region.The Government would also institute stringent measures aimed at controlling human-animal conflicts in game management areas, which had led to increased levels of hunger and poverty among the people.
Mr Sata said the Government, in recognition of tourism as an important industry, would ensure that growth in resource-based tourism was environmentally sustainable and preserved for future generations.
“We shall without delay introduce policies to make investment in the sector attractive and profitable to both local and foreign investment.

“We shall promote well-targeted Government investment in infrastructure development and hence open up new tourism sites in the country,” he said.

The president said it was the desire of the PF Government to collaborate with the private sector to effectively market the tourism sector locally and internationally. 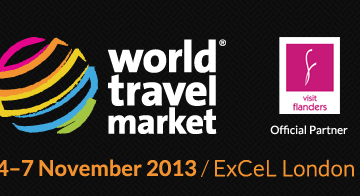