Zimbabwe Cricket (ZC) plans to set up a 10 000-seater new cricket ground in Victoria Falls have gone a step further as the sporting body has engaged environmental consultants to conduct an impact assessment at the proposed site.

Bumira Environmental Consultants have been appointed and have called for public consultations among stakeholders.

Parties with concerns are required to make submissions before October 20.

The Victoria Falls Cricket Stadium would be the third Test cricket ground after Harare Sports Club and Queens Sports Club – which was established more than 100 years ago.

The proposed site on the Chinotimba Gorge covers 112 311 square metres. Construction work is expected to begin early next year.

Once constructed the stadium is to host national and international cricket games and it would be a multi-purpose facility that will accommodate several training, recreational and entertainment facilities.

A cricket ground at the resort town is expected to boost both the sport and Zimbabwe’s claim as a world-class tourist destination.

“Before projects development and construction of the new stadium, it is important an environment impact assessment (EIA) for the stadium is conducted as per requirement of the Environment Management Act of 2002 and S I of 2007,” reads a notice.

“. . . and as such, Zimbabwe Cricket has engaged Bumira Environment Consultations to conduct an environmental impact assessment and facilitate stakeholder participation and involvement in order to address the foresaid EIA purposes and obligations,” it added.

The EIA is also a tool for planning in advance for the mitigating measures necessary to counter any negative impacts.

The new ground is designed to attract additional local and international visitors on top of those already drawn to one of Africa’s premier tourist destinations.

ZC chief executive Ozias Bvute could not be reached for comment on Sunday.

However, any proposed development on both the Zimbabwean and Zambian sides has not been without its problems.

In 2007, plans to set up 500 chalets in a national park on the Zambian side and the collapse of infrastructure in Zimbabwe, prompted Unesco to warn that the area could lose its World Heritage status.

Victoria Falls was declared a National Monument in 1937, a Protected Area in 1952 and a World Heritage Site by Unesco in 1989.

In 2007 Victoria Falls was under threat of being delisted by Unesco as a World Heritage Site due to indiscriminate developments and lack of an integrated regional management plan. 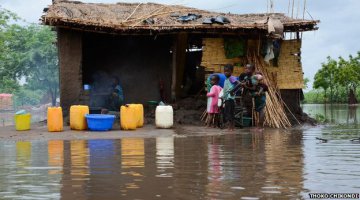