MANSFIELD, Mass. — Many strange and desperate ideas go through the minds of novice runners suffering up Heartbreak Hill on their way through 26.2 miles of agony in the Boston Marathon.

Signing up for six more marathons before the end of the year, including one in Antarctica, usually isn’t one of them.

But Rebecca Frechette of Mansfield, who had never run so much as a 5k before taking on Boston last April, is the exception that may prove just what an odd bunch marathoners are.

Frechette, a 2003 Mansfield High School graduate who works in marketing, is in the final stages of a shin-splitting, globe-trotting mission to finish seven marathons on seven continents in seven months.

Just back from Zimbabwe, Frechette flies out to New Zealand this month and, if all goes well, to Antarctica in November.

“I didn’t like running when I started. I thought it was stupid. Then I fell in love with it,” Frechette said. “The only reason I started this is I didn’t think I could do it. I wanted the challenge.”

Although Frechette, 26, committed to running seven marathons after crossing the finish line at Copley Square, the idea first came to her the moment a friend working for the city of Boston got her a spot in the marathon.

“I had already been to every continent but Antarctica and the marathon was the only way to get down there,” Frechette said. “I knew I had to do it.”

After completing Boston in respectable fashion, Frechette was convinced she could finish any marathon and went ahead planning her adventure.

She knew money would be a problem.

Excluding Boston, Frechette said the next five marathons would cost around $5,000 each in total travel expenses. The Antarctic Ice Marathon is expected to cost up to $20,000.

When she isn’t traveling, Frechette said she works as much as she can and spends little.

Still, without a sponsor, the project has meant maxing out her credit card and going into some serious debt.

But travel has long been in Frechette’s blood. When the year started, she had already visited more than 40 countries.

So less than a month after Boston, Frechette was off to Vercelli, Italy, for the Maratona Del Riso, a relatively small, flat race through the rice fields of the Piedmont.

The atmosphere in Italy was a departure from Boston, with only about 300 racers and a small number of villagers cheering them on.

After a mid-summer break, it was on to Brazil in July for the Rio de Janeiro Marathon, where Frechette hit a wall halfway through the race and was forced to walk part of the course.

“It was a beautiful course, but my worst race,” Frechette said. “I had never run in that type of heat before.”

The next leg presented a different challenge.

The only Asian marathon available that would fit into the seven-month schedule was the Sunrise to Sunset race, but it was in Mongolia and went straight up and down a mountain twice.

“I thought it was too hard, I was just coming from Rio and my knees hurt,” Frechette said of Mongolia, which includes a marathon within a 100 kilometer race (62 miles). “That was the most physically challenging thing I have done in my life.”

Not only did Frechette finish the marathon, she kept on running another eight miles after finishing 26.2, because she felt so good that day. 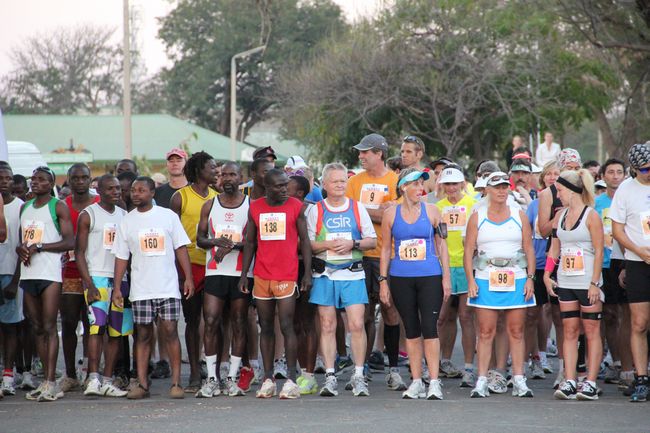 After that, the next race, the Victoria Falls Marathon in Zimbabwe, was a breeze and came with the bonus of great scenery and wildlife. Frechette finished Victoria Falls Aug. 28 in a personal best four hours, 45 minutes.

Now back in Mansfield with only two marathons to go, Frechette is already looking for the next big challenge.

After marathoning, she intends to take up mountaineering and climb the highest peak on each of the seven continents.

Further down the road and still in the dream category, is traveling to the moon or space.

“At first I thought it was just about doing the marathons and finishing,” Frechette said. “Now I realize it is all about the random things along the way and the people I meet. It’s very tough traveling alone and it’s hard having no one there at the end of the race.”

Assuming races six and seven go as planned, Frechette will have run more than 191 miles this year and racked up more than 100,000 frequent flier miles.

Out of all those miles, Frechette said the toughest were the ones closest to home.

“Africa was the best, Heartbreak Hill in Boston was the worst,” she said. 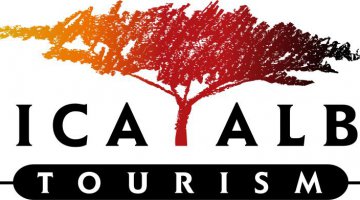