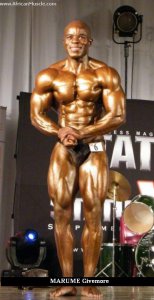 SHE announced her arrival on the domestic bodybuilding contest by clinching the Ms Zimbabwe title as an unheralded 24-year-old beauty in 2002 before disappearing again but now Pearl Thompson is back.

The athlete will be gunning for the newly-introduced Ms Pro-Fitness title when the third edition of the bodybuilding contest takes place at the Celebration Centre in Harare on Saturday night.

Thompson, who was born in Kabwe, Zambia, was yesterday pumping iron at a gym in the capital and chose to play her cards close to her chest ahead the contest.

“I will only be able to talk after the show,” she said.

The stunning beauty said a lot of things have changed during her time on the sabbatical but she is prepared to give a good fight.

Event co-ordinator, Shamim Hussein, said he is expecting at least 14 other women to fight alongside Thompson for the newly-introduced Ms Pro-fitness category.

“This is year, we have introduced a category for women and I am hoping that we will have two line-ups.

“There could be between 15 to 20 women who are entering,” said Hussein.

While Thompson is hoping to be crowned the inaugural Ms Pro-Fitness, she will have to stave off some challenges from Ms Iron Man Christine Matange and boxer Diana Makumbe.

Hussein said they are bracing for a tough competition in the women’s section but it will be in the seniors category in which more fireworks are expected.

“Basically the competition has grown over the last two years and this is why we have this new category.

“Hopefully, next year we can also include a section for the disabled.

“This year, I am looking at over 100 people coming and I am told that some Zimbabweans who are based in South Africa are coming for the contest,” said Hussein.

With about US$6 000 at stake as the top prize, the competition is likely to attract some of Zimbabwe’s finest bodybuilders. The Mr and Ms Pro-Fitness is coming hard on the heels of the Mr Manicaland contest which was held last weekend in Mutare.

It will now serve as part of the preparations for the prestigious Mr Zimbabwe set for Victoria Falls at the end of this month.
Seasoned bodybuilder Givemore Marume, who won the first edition of the Mr Pro-Fitness, was yesterday working out in the gym and starts as one of the pre-contest favourites in the men’s category.

A former Mr Iron Man and Mr Zimbabwe winner, Marume won the event in 2009 at 7 Arts Theatre ahead of George Munyoro and Zumailer Eusen-Maman.
Relevant Links

Last year, Gweru-based hulk, Isaac “Sugar” Chimuchenga, won the Mr Pro-Fitness but it looks to be a tight contest this year if Walter Munyikwa, Tary Chirume, Blessing Samaringa his brother Elisha and Mr Iron Man Vincent Kandiyero all line up for the contest.

Even the unheralded Nobert Chari is fancying his chances while former Mr Novice, Eddie Marondera, is also hoping to put up a good show.

Battle lines will also be drawn in the junior category for the men Under-21 section while the seniors will compete in the lightweight, middleweight and the combined light-heavyweight and heavyweight section.

The winner from each section will proceed to the final round.

Registration for the event will start at 8am on Saturday while the weigh-in and prejudging is at 10am at the Celebration Centre on the same day.

Previous post Great Zimbabwe has other sister ruins throughout the country: Nalatale Ruins near Gweru 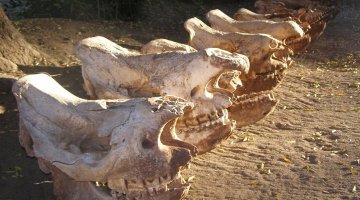 Rhino Poaching Soars Along With Demand for Horns