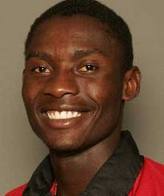 Superb bowling by Chris Mpofu spearheaded the Matabeleland Tuskers’ bowling, and he finished with figures of five for 55 off 23 overs.

The second day looked likely to be a stern battle between Keegan Meth bowling for Matabeleland Tuskers and the batting of Tino Mawoyo and Hamilton Masakadza.

It didn’t quite work out like that, as Meth, who at the tea interval could not contain his frustration, was not quite at his best and bowled without luck until taking the final wicket.

This time he had to bow to the other bowlers in his team, who made Mountaineers fight for runs all the way, even when wickets were not falling.

Mawoyo scored only 13 and was the first batsman to go, clipping a low catch to midwicket off Chris Mpofu.

Mpofu was the most impressive bowler of the day, slowing his pace and using his intelligence to adapt to the vagaries of the pitch, and he deserved his figures.

John Nyumbu also bowled very well, although at first Hamilton Masakadza tried to hit him out of the attack, smacking two leg-side sixes in an over.

Masakadza and Bernard Mlambo survived until lunch, and when the score reached 113 with only one wicket down Mountaineers had a strong platform on which to build.

Unfortunately for them the afternoon session saw them steadily lose this advantage, as the persistent Matabeleland Tuskers bowlers worked their way through the batting.

He does not have an actual doosra but these were both splendidly disguised straight balls among deliveries that often turned sharply, and the batsmen totally failed to pick them.

Then Masakadza fell for 75, groping outside the off stump to a ball from Mpofu and edging to the keeper, a major blow for his team, as it always is.

The next two batsmen were also bowled out, Timycen Maruma for 17 and Shingi Masakadza for 3; the bowler was Njabulo Ncube this time, who was helped by the pitch, as in both cases the ball jagged back in low and fast from outside the off stump before they could adjust to it.

The pitch is certainly playing its part in this match and is likely to do so more than ever as time goes on.

The player to survive the afternoon slump was the immensely talented 18-year-old Kevin Kasuza, who played the bowling with great skill and maturity.

However, he became stuck just short of his fifty, and finally played on to a ball from Mpofu for 46.

At this point the score was 227 for seven.

The wicketkeeper Benjy Katsande had shared a good stand with him of 55 and he continued to fight hard, but a wild swipe by Natsai Mushangwe cost him his wicket, Mpofu’s fifth of the innings.

Silent Mujaji, however, gave him sterling support for the last wicket and scored 21 not out in a stand of 39.

Katsande fell lbw to Meth for 45 in the final over of the day, leaving both teams with all to play for and a result very likely in this match.

Meanwhile Masvingo Sports Club seemed to have a fair contest on its hands at the beginning of the first Castle Logan Cup match between Southern Rocks and the Mash Eagles.

Some brilliant bowling from the hosts and a meagre batting performance from a highly potent Eagles outfit gave the hosts a 214-run lead with eight wickets at hand.

Southern Rocks added just four runs to their overnight score to finish their first innings at 266 all out in the morning session of day two.

Mash Eagles made a lot of wise purchases for this season, importing players like Sikandar Raza and Stuart Matsikenyeri into the franchise – ironically, both from Southern Rocks.

Rocks did the same and Tinashe Panyangara, one of their new signings, yet again, played with the pedigree of an international bowler, claiming three wickets from Mash Eagles’ most experienced batsmen.

Simbarashe Gupo was the first to depart, for a duck after being trapped lbw by Panyangara in the third over. This was only the beginning of the Eagles’ day two demise.

The runs trickled in slowly for the struggling Eagles when disaster struck again. Forster Mutizwa (6), who had been the hero in their six-wicket victory on Saturday, was caught behind of Masvaure’s bowling.

Mash Eagles captain, Stuart Matsikenyeri, came in at number four, only to have his partner Regis Chakabva (4) bowled out by Panyangara.

This was the nature of his innings as wickets fell around him and he found no worthy top and middle-order partner during his hard-fought 44 from 62 balls.

His departure left the Eagles at a very precarious 75 for the loss of eight wickets – rather a disappointing sight considering that only 25 overs had been bowled.

This left the bowlers to do the batsmen’s work. Trevor Garwe and Tinotenda Mutombodzi then formed a 72-run partnership that avoided a further embarrassment for the Eagles.

Both Garwe (38) and Mutombodzi (34) are known to have a limited number of strokes, but needless to say they saw off the Rocks’ aggressive bowling attack, the same attack that had wreaked havoc in their top order.

It was a surprising that the pair played with such heart after four players walked off with ducks.

Accordingly, the Eagles were all out for 147, giving the hosts a first-innings lead of 119 runs.

The pick of the bowlers was Tinashe Panyangara with three for 33 runs in eleven overs, while Taurai Muzarabani, Prince Masvaure and Robertson Chinyengetere took two wickets each.

Garwe struck early for the Eagles in the first over, removing Roy Kaia without scoring. Masvaure’s exit in the 15th over almost made the Rocks’ second innings a replica of the Eagles tragedy.

Mark Vermeulen and Chamunorwa Chibhabha closed off the day with an unbroken 58-run partnership. Chibhabha ended day two with 57 runs from 101 balls after hitting eight boundaries.

His partner played the supporting role with a slow and patient 23 from 61 deliveries.

At stumps Southern Rocks were 95 for the loss of two wickets. 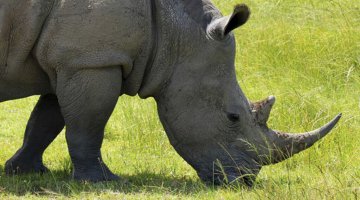 Rhino war: Acknowledging those in the battle front