This is the first time a white man has held such a high position in post-independent Zambia.

Under the constitution of Zambia, when a sitting president dies, the vice president automatically becomes president but must run for elections within 90 days.

The Zambian leader has also fired, with immediate effect, the Central Bank Governor Caleb Fundanga, who is believed to have helped curb inflation to below 10 percent for the first time in 30 years.

Sata, who was sworn in last Friday, said the Ten Commandments will form the guiding principles for his government.

Scott is Sata’s close ally and deputy in the Patriotic Front.

Born in 1944 in Livingstone, Scott did his education in Zambia and the then Southern Rhodesia (now Zimbabwe).

His late father, an ally of Zambia’s nationalists founded the African Mail, which is now the Zambia Daily Mail.

He studied economics at Cambridge University and holds a PhD in cognitive science from the University of Sussex in England.

After leaving Cambridge University, Scott joined Zambia’s public service as a planner in the Ministry of Finance.

During the same period, he was also deputy editor of the Business and Economy of East and Central Africa.

He left the public service in 1970 to start his own business.

Scott joined active politics in 1990 when he joined the Movement for Multiparty Democracy.

At its first convention, the MMD elected him chairperson of the agriculture committee.

After the general election in 1991, Scott was appointed Minister of Agriculture, Food and Fisheries.

He resigned from the MMD in 1996 and formed his own political party – the Lima Party together with Ben Kapita, then president of the Zambia National Farmers Union.

After the collapse of the coalition parties, Scott joined the Patriotic Front, where he became a National Assembly member when elected member for Lusaka Central in the 2006 general election.

Next post Matabeleland Tuskers claim a slight advantage over Mountaineers 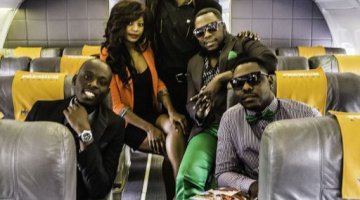