Should operators from the Victoria Falls region be attending other summits, travel shows and conferences to try and open new markets? 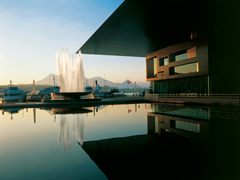 Lucerne, the famous resort town at the shores of Lake Lucerne in the heart of Switzerland, right at foot of Mount Pilatus and the Alps, has won the bid to serve as Destination Host to the Adventure Travel Trade Association’s (ATTA) ninth annual Adventure Travel World Summit (ATWS).

Expected to draw 600 adventure tourism professionals from more than 50 nations, the ATWS will be held October 8-11, 2012 at the KKL Luzern (Culture and Congress Centre Lucern), built by renowned architect Jean Nouvel.

Announced by the ATTA and Switzerland Tourism officials during last night events in San Francisco and Toronto, ATTA reported its decision came after extensive review of several sites throughout the world.

In addition to meeting all prerequisites outlined in the bidding process, Lucerne won the 2012 ATWS bid primarily for its long-standing partnership with the ATTA and readiness to share its extensive experience in modern adventure travel and tourism, which many say, originated 150 years ago in Switzerland.

It will be one of the most environmentally friendly Summits yet, thanks to Switzerland’s strong record as a sustainable travel destination, where most travel will take place by public transportation.

This unique network of trains, buses, boats and city transit systems helped Switzerland again be number one as the top adventure tourism destination among developed countries in the 2011 Adventure Tourism Development Index, a study published by The George Washington University, the ATTA and Vital Wave Consulting.

In addition to its commitment to sustainability, Switzerland earned this rank for its support of entrepreneurs and its strong adventure image.

“The Summit ties in directly with Switzerland’s overall tourism strategy because year-round adventure travel is a unique and authentic way to enjoy Switzerland’s diversity, both naturally and culturally”, said Alex Herrmann, Director Americas of Switzerland Tourism.

“Adventure travel in Switzerland is something for everybody, and the Pre-Summit adventures will allow delegates to experience this first-hand. And Switzerland is a small country, so a short scenic train ride can get a visitor from an adrenaline-pumping mountain bike ride in Western Switzerland’s wine country, a UNESCO World Heritage, to a leisurely hike on the Swiss Trails network followed by a spa visit in an upscale resort in the Alps.”

“Lucerne is centrally located, not just in Switzerland but in Europe, and its proximity to Zürich International Airport, just one hour by direct train, will make next year’s Summit easily accessible for the adventure travel community in Europe and across the world”, said Marcel Perren, Director of Lucerne Tourism.

“For several years, the ATTA has partnered with Switzerland Tourism to see adventure travel in the Alpine region evolve further to include the full depth and breadth of Switzerland’s cultural and natural assets,” said ATTA President Shannon Stowell. “Switzerland and the ATTA are a natural fit, as Switzerland is also home to some of the most popular adventure destinations in the world, such as Interlaken and Zermatt.”

With its ATWS events, the ATTA and its Summit delegates, primarily tour operators, destination marketing organizations, tourism boards, media, agents, adventure lodges, and service organizations (e.g., transportation, technology, marketing), influence the manner in which adventure travel is introduced, executed and sustained in any given destination worldwide.

These adventure travel organizations collaborate to encourage the industry to adopt sustainability and best practices that give back to the people and places impacted by adventure travel. Registration is now open at www.adventuretravel.biz/atws2012.

Previous post The Falls Resort, Zambia celebrates a decade with a $7 million refurbishment, as well as a new ten year celebration package 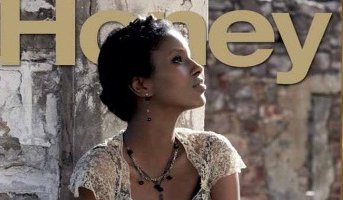