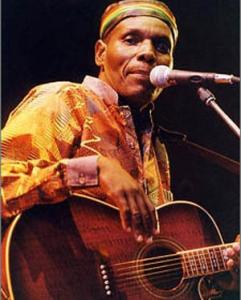 Music legend Oliver Mtukudzi has extended his humanitarian hand to children in the impoverished Zambezi Valley, in north-eastern Zimbabwe, where he has volunteered to build a school block in Kaitano, Dande.

Mtukudzi, known by his pop name Tuku, has come to the rescue of this Kaitano community, next to the Zimbabwean border with Mozambique, after visiting the Murongwe School where 450 young pupils use squalid grass and pole shacks as classrooms while sitting in the dirt.

This perennially dry Kaitano region, like most of the Zambezi Valley, stretching from the Mozambican border right up to Binga in Kariba, has remained critically underdeveloped perhaps because of its insignificant contribution to the economy.

The region lags in every aspect of modernity from the lack of electricity, accessible roads, health facilities, conventional schools and basic amenities.

Because the area suffers recurrent draughts commercial farming is practically impossible for a livelihood and so people here pan for gold illegally, poach wildlife and wait for donor food aid.

With scarce resources the parents at Murongwe attempted to build a school block but went only as far as constructing the foundation and slab but could go no further and abandoned the project after running out of money for building materials.

Tuku has taken over from the slab level and will complete the block that has several classrooms. Once the construction has been completed other well-wishers, including the Air Force of Zimbabwe, have pledged to furnish the classrooms.

A non-governmental organization, World Vision, is building another block at the school that will be complemented by the one Tuku is building.

Tuku’s press office has confirmed the musician is funding the school block and showing how artists can significantly influence positive social development.

“Yes, Tuku has adopted the school block as part of his social responsibility and humanitarian work and will be funding the construction,” Tuku’s publicist Shepherd Mutamba told Radio VOP.

Radio VOP has visited the school where the Zimbabwe flag is proudly hoisted next to the squalid ‘classroom’ shacks that pose a health hazard on their own and also risk crumbling to the ground at any time.

Attempts by the school authorities once, to dig a well for drinking water, were fruitless after they dug 30m but still failed to reach the water level and gave up. Now the pupils have to bring their own water from home. If there is no water home then that is it. But life goes on for the young pupils regardless of the odds stacked against them partly by government failure to implement a progressive policy on education and rural development.

Yet the plight of the pupils at Murongwe is not unique to the Zambezi Valley but is replicated in nearly all of Zimbabwe’s remote areas long forgotten by development.

Next post Air Zimbabwe Plane Flies with One Passenger 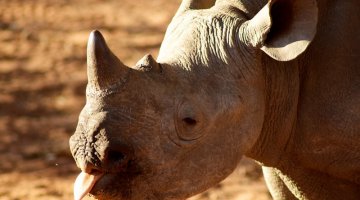