Shearwater Adventures and Rani Africa are delighted to announce that the Ukusuta Pack has succeeded in hunting for itself during its first weeks back in the bush. The six rehabilitated Painted Dogs, led by older brother Sithule, have already killed an impala and a Waterbuck and, just this week, they brought down a Kudu on the Victoria Falls Private Game Reserve. So far all carcasses have been retained by the Dogs with no threat from Lions in the area.

The fragile family’s ability to hunt was the first big hurdle to achieving self sufficiency and increases the hope that they can be relocated toeither Hwange or Mana Pools National Park as a viable pack.
They are regularly “spotted” on Shearwater Game Drives within the private, big five conservancy.

To learn more about the Ukusuta Pack and the incredible work conducted by the Hwange-based Painted Dog Conservation visit www.painteddog.org 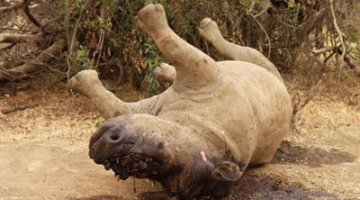