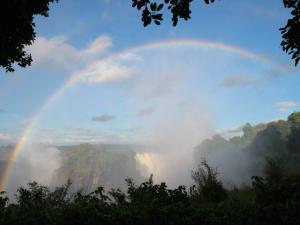 A rainbow lights the way to the pure gold that is the Victoria Falls, a natural wonder that has attracted travellers for centuries.

A rainbow lights the way to the pure gold that is the Victoria Falls, a natural wonder that has attracted travellers for centuries.

It has become a destination for the famous, a little piece of old Africa, secluded enough to deter the paparazzi.

The destination is The Stanley and Livingstone Hotel situated about 13km from Victoria Falls in Zimbabwe.

And it is here that the founder of Facebook billionaire Mark Zuckerberg stayed for a couple of days. Then there was Chelsea football club owner Roman Abramovich, who flew in on his own Boeing 767, complete with entourage.

Guess what Abramovich did while he was supposed to be on safari? He sat and he watched football.

This is Big Five country, and you don’t have to travel to far to see them. Just across from the electric fence a herd of buffalo wander down to a watering hole – close enough to see their little beady eyes while enjoying a cold Zambezi Lager.

And it is not only the rich and famous visiting The Stanley and Livingstone Hotel; South Africans have made the trek, too, and a quarter of the clientele is from Zimbabwe. The hotel is on the 6 000-hectare Victoria Falls Private Game Reserve. Besides the buffalo, there is wild dog and a good chance of seeing black rhino.

The Stanley and Livingstone was built just over 10 years ago, on a hunting concession.

In July 2003 the hotel was refurbished and the theme adopted was all things Victorian, in keeping with the two explorers the establishment was named after.

There are black and white period photographs on the walls, depicting hunting scenes. The library has books from the period that were collected over the years in auctions. One, a Rhodesian Railways Ledger in copperplate handwriting, lists of shipments of goods to places as far away as Calcutta.

The Rhodesian Railways once owned part of the land where they harvested the Zambezi Teak for sleepers. Today Ian du Preez, the wildlife manager of The Victoria Falls Private Game Reserve, is working hard to rehabilitate the hardwood trees that remain.

There are 16 suites in the hotel, each of which has an en-suite Victorian-style bathroom with a cast-iron bathtub, a large lounge and a secluded patio. Besides watching some of the Big Five from the patio over breakfast, there is a lot more to do. The choices are “in the bush”, like game drives or walking with lions, or hitting the mighty Zambezi.

Victoria Falls is a 10-minute drive away. Not that much further is the river itself and with it a host of adventure sports, from bungee jumping to white water rafting.

For something more sedate, there are the Falls themselves, where you can take a walk under the mist David Livingstone experienced all those years ago. – Saturday Star 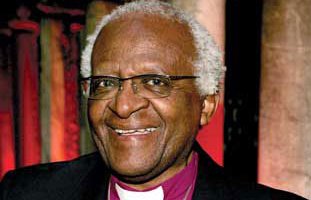