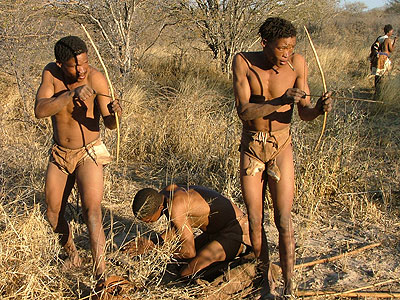 Ironically, Botswana had a "green" economy already in place with the San People

Whether or not the idea of the “green economy” can result in economic development has been a subject of intense debate at a recent two-day workshop hosted by the Ministry of Environment, Wildlife and Tourism in Gaborone.
The landmark workshop was meant to raise awareness and strengthen Botswana’s contribution to the international debate around the concept of the green economy that was introduced by countries in Western Europe, the United States and Canada.

Although there is no firm global agreement and understanding of the concept of the green economy, its main thrust is to come up with programmes and processes aimed at regulating consumption and an ideal economic behaviour through socio-economic policies that are environmentally friendly.

Speaking at the workshop on Wednesday, the United Nations Environment Programme (UNEP) representative, Cecilia Kinuthia-Njenga, said that the green economy was not a luxury as many people think.

She said that most people are under the impression that the concept is an unnecessary expense while on the contrary it could help achieve economic growth whilst protecting the environment.

“A green economy can also create employment,” she said. Kinuthia Njenga added that a green economy was not only possible in Western countries. She said that African countries including Kenya, Tunisia, Uganda, Ghana and Namibia are proof that a country’s economy can benefit from such structures.

Collect-a-Can regional manager, Martin Dube, concurred with Kinuthia-Njenga citing activities such as colleting cans and trash that have proven to be profitable businesses. He said that several countries have set up reverse vending machines that manage waste whilst benefiting individuals.

He said that in order to enhance Botswana’s tourism sector, similar structures in the waste management sector should be set up.

He pointed out that a country like Botswana where poverty is said to be rampant, recycled only a little over one percent of its waste whilst booming economies such as Seattle recycled about 84 percent.

Dube said that the government needed to assist the private sector to bring about a green economy. “Changing to a green economy is not going to be easy but it is possible,” he said.

The permanent secretary in the Ministry of Wildlife, Environment and Tourism, Samuel Rathedi said that economic development was a means to improving people’s lives.

He said that the current consumption and production rates of the global economy were exerting a heavy pressure on the ecosystem and on critical life supporting systems.

“This means that we cannot continue to ignore the fact that we have to adopt green economy strategies just because there is an issue of poverty eradication”, he said.

He however said that green economy should take into consideration the different developmental levels of countries.

Previous post They have cellphones but no running water 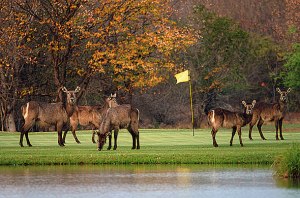