Elton Chigumbura was withdrawn from the Zimbabwe squad for the one-off Test match against Pakistan after he failed to recover from a left knee bruise injury first sustained in the penultimate ODI against Bangladesh two Sundays ago. Although Elton later on played through the last ODI, and rested the knee from bowling leading up to the Pakistan series, his situation still impeded his bowling upon resuming bowling.

Team physiotherapist Amato Machikicho confirmed that Chigumbura returned to Harare for probable radiological diagnostics and an opinion from an orthopaedic specialist.

“An MRI scan request has been made so a definitive diagnosis and therefore management timeframe may be specified for Elton’s condition sooner rather than later” Machikicho said.

“Elton has an appointment with our (ZIM Cricket) Medical Services providers in Harare this afternoon and their findings will guide our management of the player here onwards,” Machikicho said.

Meanwhile, Tuskers all rounder Keegan Meth continues to make steady progress after the frightening facial injury he suffered during the final ODI against Bangladesh in Bulawayo on August 21st. Meth had three teeth knocked out in attempting to field a ball off his own bowling but is healing well.

“ Keegan come down to Bulawayo for a weekend visit. He is looking better and his wounds largely healed and still has stitches on his lower and upper lips. He is now eating solids again, he is going to resume physical training i.e. aerobics and strength reconditioning. We will find out next week if the othordentistry will start or not, in which case he will need further out of the game out of the game or he will resume cricket training,” said Machikicho

Meanwhile, leg spinner Graeme Cremer is set to make his return to cricket soon. Cremer underwent knee surgery five weeks ago and he is making good progress with his recovery and rehabilitation: “Graeme has been doing some light running for two weeks and is training in Harare and making progress. He will be assessed when the team gets back to Harare after the first ODI against Pakistan,” Machikicho added.

Next post How to get from Harare to Victoria Falls 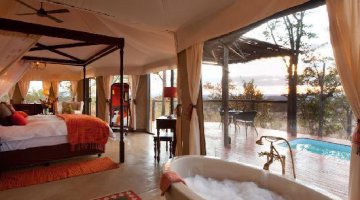 Elephant Camp : “Superlative in every way”