New Zealand will play two Twenty20s, three ODIs and one Test when they tour Zimbabwe in October, Zimbabwe Cricket has said. The tour begins on October 15 in Harare, where the T20s and the first two ODIs will be played. The visitors will then play a two-day warm-up game in Bulawayo before the one-off Test begins there on November 1.

New Zealand last toured Zimbabwe in 2005, when they played two Tests and an ODI tri-series with India as the third team. New Zealand will be the third Test-playing nation to tour Zimbabwe since their return to Test cricket. Bangladesh toured Zimbabwe earlier in August and Pakistan are presently in the country for a full series.

After their return from Zimbabwe, New Zealand head to Australia for a two-Test series that begins on December 1 in Brisbane. Prior to the Tests, New Zealand play two three-day warm-up games in Sydney and Brisbane. 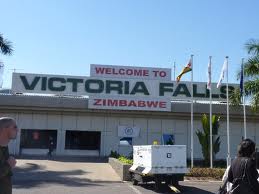