Vic Falls in Zimbabwe is reporting an impressive turn around with a big increase in occupancy levels. According to occupancy records at seven hotels, covering a total of 1 008 rooms, levels were up by 20% based on the same seven month last year (January to July). This translates into 13 193 extra rooms occupied over the same period in 2010.

Several hotels reported having their best July since 2000 with occupancies at 70% and above. Furthermore, going forward August to November is looking promising with greater occupancies forecast. There are reports of 80% and upwards and average room rates and REVPar are rising in tandem.

According to Ross Kennedy, CEO of Africa Albida, “Victoria Falls Safari Lodge had the best July occupancy in 10 years at 70%. The Boma Place of Eating had its second best July ever. Only July 2007 saw more covers per night at an average of 183, while 2011 had on average 163 per night.”

Meanwhile Ilala Lodge Hotel General Manager, Roddy Meiring, advised that “the hotel saw a massive 87% occupancy in July 2011, which is up 15% on last year”.

According to Kennedy, there are several reasons why Vic Falls is seeing an upswing while many other destinations continue to struggle to fill beds. “The settling and stability of the economy since dollarisation in 2009 has meant that the supply chain has normalised and is thus operating to international standards. In addition it has meant that use of foreign currency, pricing and access to goods has normalised and we are once again a tourist-friendly destination,” he says.

Kennedy adds that the UK market, along with other markets that stopped supporting the area, have started to come back after “staying away” for most of the last 10 years and many operators who moved business across to Zambia between 200 and 2010 have now moved their clients back to Vic Falls.

“Destination marketing campaigns such as the Go To Victoria Falls campaign have also paid off, along with international and regional awareness and education campaigns with the travel trade and consumers,” concludes Kennedy. 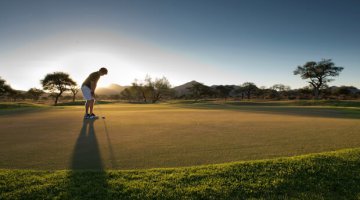