Home to one of the most spectacular waterfalls in the world, and a wealth of wildlife, Zambia is a country that needs to be ticked off on your travel list! If you’re going here are the facts to know…

Where:
Zambia is located in Southern Africa. It lies east of Angola and north of Botswana and Zimbabwe. 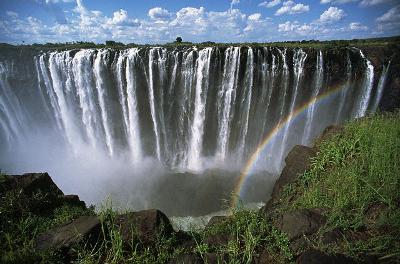 The Vic falls count among the 7 Wonders of the World.

The Vic falls count among the 7 Wonders of the World.

1. Victoria Falls:
Definitely one of the most magnificent sights on the African continent. Gape in amazement, take a boat cruise or bungi jump. The opportunities are endless!

2. Kafue National Park:
This is Zambia’s largest national park, and great if you want to avoid game viewing crowds. If you’re up for an adventure go on a canoe or horse-riding safari.

3. South Luangwa:
Another one of Zambia’s spectacular national parks that is rich in wildlife and boasts an impressive array of bird species. Make your stay unforgettable by embarking on a walking safari.

4. The Bangweulu Floodplain
This marshy and humid floodplain also just happens to be home to 400 species of birds. In short any bird watchers paradise!

5. Lusaka
Zambia’s capital is a bustling cosmopolitan city with a diverse range of influences. Visit the colourful markets, see the Cathedral of the Holy Cross and enjoy an African-tinged shopping experience in the Kabwata Cultural village. 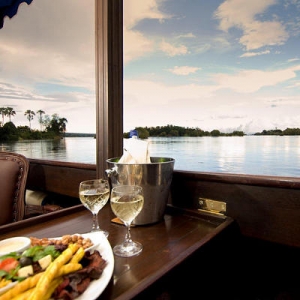 Language:
English is the official language, but there are more than 70 indigenous languages including Bemba, Kaonda, Lozi, Lunda, Luvale, Nyanja, and Tonga.

When to go:
The best time to view the magnificent Victoria Falls is from March to April. This is when the falls are at their fullest. But if it’s wild life that you’re after, rather opt to go sometime between July and October.

Wet season: October to April
Dry season: May to September

Visas for South Africans: Not required (whoop whoop!)
Ilala Lodge offers a perfect platform to watch the falls from. 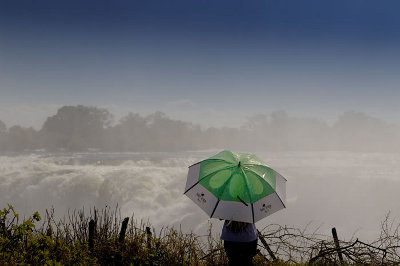 Ilala Lodge offers a perfect platform to visit the falls from

The area of modern Zambia was inhabited by Khoisan hunter-gatherers until around AD 300, when technologically advanced migrating ethnic groups began to displace or absorb them.
The first account of a European visiting the area was Francisco de Lacerda in the late 18th century.
David Livingstone, was probably one of the most prominent European explorers in Zambia. He had a vision of ending the slave trade through the “3 C’s” (Christianity, Commerce and Civilization).
During colonisation by the British, the country was called Northern Rhodesia. When they gained independance in 1964 the name changed to the Republic of Zambia with Kenneth Kaunda as their first president.
Copper mineralization was first discovered in Zambia at the turn of the century with large scale production commencing much later in the 1930’s. Zambia is ranked as the world’s seventh largest producer of copper, generating 3.3% of the western worlds production, and world’s second largest producer of cobalt at 19.7%.

Culture:
The culture of Zambia is mainly indigenous Bantu culture mixed with European influences. However with a solid Muslim and Hindu population, as well as a large variety of different ethnic groups, Zambia is a wonderfully culturally diverse country. Pottery and basketry are two of Zambia’s most popular art forms. Music and dance also plays a very important role and is mostly drum driven.

Take a row on the Upper-Zambezi to get up close to Zambia’s amazing wildlife. 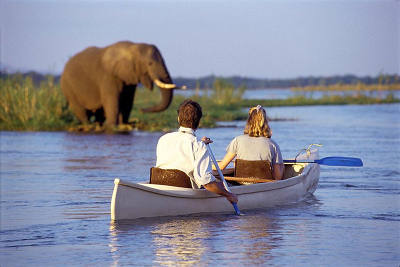 Food:
The staple food in Zambia is Nshima, which consists of maize or corn that is ground and then boiled to make a thick mash. This is normally eaten with a variety of side dishes including vegetables, beans, fish, meat or sour milk. The fertile country also has an abundance of locally grown fruit like papaya, bananas, groundnuts, mango and sugarcane. Try Cibuku, a locally brewed beer that is popular among the locals.