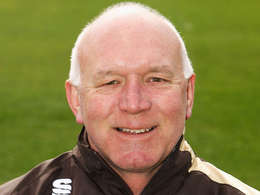 Alan Butcher, the Zimbabwe cricket team coach, has attributed his team’s recent rich vein of form to the improved depth in his squad which has created a healthy competition for places in the team.

The thrilling five-run victory over Bangladesh on Tuesday gave Zimbabwe an unassailable 3-0 lead in the five-match series to add to the comfortable win in the lone Test against the same team recently.

The victory was not only Zimbabwe’s first series win against a Test playing nation in five years, but was also Butcher’s first against a Test nation and he believes it is all because of the improved depth in the team.

“The team has developed and progressed to the point where we can tactically leave out Ray Price.

“His omission today had nothing to do with how he performed; it was a tactical omission as we felt we needed an extra seam bowler,” said Butcher at the post match conference on Tuesday.

“A year ago that would have been unthinkable in the beginning. First of all we wouldn’t have had an extra seamer in the beginning and all those things are steps in our progress.”

“There is definitely an improvement in the depth of our team, a year ago we had never heard of Brian Vitori.

“He wasn’t playing for his franchise while Kyle (Jarvis) was struggling with injury and we were not sure when he would come back.

“So those two have really helped us and there are others as well who have come in and done well.
“We have a 15-man squad and four other players who have not played and anyone of those players could come in this side and we wouldn’t feel any weaker,” Butcher said.

In the pace duo of Brian Vitori and Kyle Jarvis, Zimbabwe now have a decent pace attack, something that the team had been desperately lacking in the past.

Despite the transition from being a frontline bowler to the supporting role, Chris Mpofu has done a brilliant job, while all-rounder Elton Chigumbura seems to be rediscovering his touch with the ball.The seam trio of Keegan Meth, Njabulo Ncube and Tendai Chatara are also waiting in the sidelines for their chance, which makes the competition in the team quite healthy indeed.

In the batting department Zimbabwe have equally developed to the point where they can afford to have Tino Mawoyo as a specialist Test opener.
The rejuvenated Vusi Sibanda has been a marvel to watch in both formats of the game with his recent brilliant form while Hamilton Masakadza has suddenly rediscovered the consistency expected from a player of his stature.

Skipper Brendan Taylor has struggled in the limited overs matches, but there is no doubt that he’s just a big innings away, while Tatenda Taibu has been the rock in Zimbabwe’s middle order with some very important knocks.There is no doubt lef-hander Craig Ervine is far from his best at the moment, but he remains a crucial part of this team, together with Forster Mtizwa, who seems to have settled nicely since his return to the national fold.

Wicketkeeper batsman Regis Chakabva and Malcolm Waller are the other options in the middle order and it would not be surprising if either or both of them were given a chance in Bulawayo. As Butcher highlighted, Zimbabwe woould not feel any weaker if they were given a chance as they would also want to prove a point and grab the opportunity with both hands. 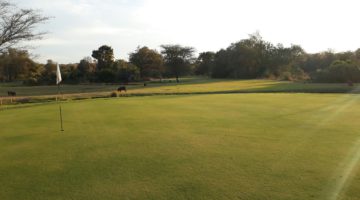