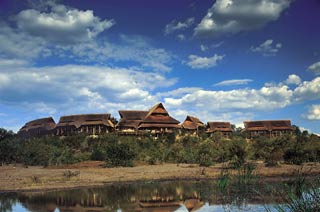 The Zimbabwe Tourism Authority (ZTA) is expecting a strong surge in tourist traffic into the country after occupancy levels increased in the resort town of Victoria Falls and city hotels in the month of July.

The positive turn for the once-embattled sector comes after the ZTA unveiled a new marketing campaign for the country predicated upon a new slogan, Zimbabwe a world of wonders.
Treasury had bankrolled the campaign as well as the rebranding of Zimbabwe as tourism product.
Before this rebranding, the campaign was anchored by the slogan Africa’s paradise.
“It is amazing to note what this new brand has achieved. Arrivals have picked up tremendously as witnessed by the occupancy of our hotels,” Karikoga Kaseke, Zimbabwe Tourism Authority chief executive officer, said.
“I was in Victoria Falls and the occupancy is averaging 80 percent. I also challenge you to visit Harare hotels, the levels are high.”
Zimbabwe’s tourism industry has been on a recovery path following the adoption of a multi-currency regime and formation of an inclusive government in 2009 that ended a political crisis triggered by a battle for power between Prime Minister Morgan Tsvangirai’s MDC formation and President Robert Mugabe’s ZANU-PF.
The environment prior to the formation of the inclusive government had been characterised by political bickering and an unprecedented economic meltdown characterised by record high inflation levels.
Kaseke said hotel occupancies in the resort town and city hotels averaged 80 percent in July amid expectations that the figure could further increase during the last quarter of the year.
Official figures show that room occupancy rates in Victoria Falls reached 37 percent between January and March compared to 32 percent recorded during the same period last year. City hotels in Harare and Bulawayo recorded slightly higher room occupancies compared to those in Victoria Falls at the start of the year after reaching 49 and 41 percent respectively.
However, bed occupancy in Hwange and Beitbridge recorded declines, dragging the overall average bed occupancy rate to 27 percent. All regions save for the Midlands province, Hwange and Kariba recorded increases in average room occupancy rates, with the highest increases recorded in Masvingo and Mutare.
“We have set a budget of US$500 000 over two years. It’s almost a year since we launched the brand and we have utilised a third of that amount,” said the ZTA chief.
Finance Minister, Tendai Biti, during his Mid-Term Fiscal policy statement attributed the growth in tourism to lines of credit provided by regional financiers.
“A total of 650 000 tourists visited the country during the first half of 2011 while average bed occupancy rate increased from 31 percent to 36 percent,” Biti said.
“Lines of credit from Afrex-imbank and the PTA Bank to the tourism sector have allowed major hotels to embark on a refurbishment.
Biti said nearly 2,4 million tourists are expected this year buoyed by a “targeted marketing approach” being implemented by the ZTA.
Turning to the performance of the loss-making national airline, Kaseke said a new strategic partner was urgently required to restore confidence in Air Zimbabwe.
“Air Zimbabwe cannot solve its problems alone. The only way for it to recover is to have a strategic partner. Its financial problems can be resolved. They can be given money to pay off debt and they can right-size on their own if they are serious because they are overstaffed. But they need a partner to help them restore lost confidence even if it means that strategic partner is not going to give them any money,” Kaseke said.
“We must forge relationships with other airlines and that is what we are doing. It’s a folly for us to rely on Air Zimbabwe when it is doing what it is doing.” 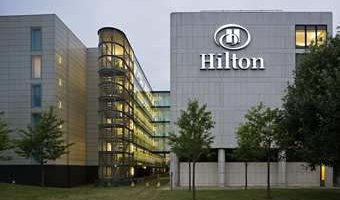