A new 24-30-bed “Nyamepi Lodge,” tourism development is proposed on the Zimbabwean banks of the Zambezi River in the Mana Pools National Park and World Heritage Site.

An Environmental Impact Assessment (EIA) is underway for the proposed lodge which is to be sited 3 kms downstream of the Parks HQ at Nyamepi, on the eastern bank of the Mana River where it meets the Zambezi (see maps).

This is currently Nkupe Camp, a National Parks Exclusive Campsite for Public Use. It also overlooks Mana River Mouth, a popular recreational spot for day trippers, fishermen and bird-watchers.

A number of concerns about this development have been raised. The Zambezi Society, which is worried about tourism developments impacting upon the ecology and wilderness quality of Mana Pools has this to say:

– “This development contradicts the recently-completed Mana Pools Management Plan which encourages “low-impact” tourism development away from the Zambezi River to preserve the wilderness character of the Park and to reduce pressure on the narrow, ecologically-sensitive alluvial “floodplain” which gives Mana Pools its special appeal. The proposal will cover some 5 ha of Zambezi River shoreline – a large ecological footprint which can hardly be “low impact”.
– A permanent development at this site between the Mana and Chiruwe rivers would block natural wildlife corridors between the interior of the Park and the Zambezi River. It would also permanently disturb a well-known breeding colony of bee-eaters which nest in the riverbanks at Mana Mouth.

– Nkupe Camp would have to be closed to the public and conflicts of visitor use are likely to arise as the lodge will directly overlook the popular Mana Mouth recreational site at close distance. The Mana Pools Management Plan makes specific reference to avoiding “Exclusivity Zones” around lodge developments.
– Road access to this site is impossible during the rains. Unless major road and bridge construction were to take place, causing considerable disturbance to the ecology of the area, this lodge would only be useable during the dry season.

– Mana Pools is part of a Trans-Frontier Conservation Area and this site is directly opposite Zambia’s Lower Zambezi National Park (where lodge developments are restricted). It is likely to be clearly visible from the Zambia across the Zambezi River. Zambian stakeholders will have to be consulted.
– It appears that this site has been allocated without a tender process. The developer has no known tourism track record in Zimbabwe or the region and is not a member of the Mana Pools Tour Operators Association which has a voluntary tourism Code of Conduct with the well-being of the National Park and World Heritage Site in mind.

From Mana Mouth toward the proposed site

– This development was not presented during the formulation of the Mana Pools Management Plan. Despite assurances to the Plan’s funder The African Wildlife Foundation, that the Plan would be approved, it has never been signed and no reason has been given for this. This fact, together with the apparent lack of a tender process, raises suspicions of insider-dealing and corruption. Given that Mana Pools is a UNESCO Heritage site of global importance, this could cause an international outcry which would be an embarrassment to Zimbabwe and the region.
An alternative site for this development could be found inland, away from the Zambezi River, or the developers chould assist the Parks and Wildlife Authority to redesign and upgrade the existing Parks lodges to bring them up to international standards.” 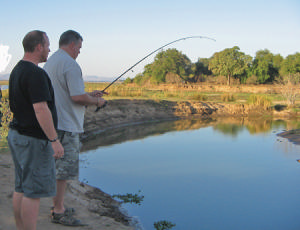 If you have something to say about this proposed development, say it on Facebook via the community group: KEEP MANA POOLS WILD 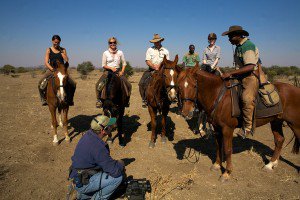