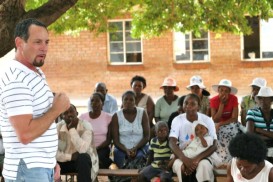 From http://westport.patch.com
Group of Norwalk doctors “has reached an agreement in principle with the government of Zimbabwe to create an HIV/AIDS clinic at historic Victoria Falls.”
August 9, 2011

Andrew Wilk of Westport is chairing the board of a nonprofit foundation headed up by a team of health care professionals from Norwalk who are establishing a clinic for HIV/AIDS patients in Zimbabwe.

Wilk is former chief creative officer of Sony BMG Music Entertainment and as such has served as the chief executive in charge of the visual content of 22 labels like Columbia, Epic and RCA. Prior to that he was executive vice president at the National Geographic Channel where he worked with Tom Brokaw, Bill Moyers, Peter Ustinov and Beverly Sills. He has produced and directed more than 1,000 TV episodes and was nominated for an Emmy for his direction of the critically acclaimed PBS special “Going Home: Alvin Ailey Remembered.” He was also executive producer of “Doctors Without Borders.”

Westporter Dr. David Rubin, medical director of the Special Care/HIV Center at the New York Hospital of Queens in Flushing, NY, is also a member of the foundation’s board.

In a sub-Saharan nation the size of Montana where AIDS has left more than 1 million orphans, the group’s mission is to treat HIV-positive women to prevent their children from being born with the virus.

Driving the humanitarian initiative is Dr. Gary Blick, 55, of Stamford, medical director of the Circle Care Center in Norwalk and a groundbreaker in clinical research and HIV/AIDS treatment for 24 years. Currently 13.7 percent of the adult population in the country, or 1.1 million, are infected by the disease.

Dr. Blick’s fledgling World Health Clinicians, Inc., has reached an agreement in principle with the government of Zimbabwe to create an HIV/AIDS clinic at historic Victoria Falls. Dr. Blick and his team envision this will become the prototype of comparable clinics in other communities of Zimbabwe and other HIV/AIDS-ravaged countries in Africa.

“The divide today between wealth and poverty, between opportunity and misery and between health and illness, is a source of global instability and a challenge to our compassion,” Dr. Blick said in a statement. “At its core, World Health Clinicians is simply investing in people. The demands of dignity know no borders or boundaries. We cannot in good conscience ignore parts of the world as we seek a better future for ourselves.”

Another pivotal figure in World Health Clinicians is Scott Gertz, 49, the executive director of the Circle Care Center who left an executive career in consumer products “so I can make a meaningful contribution to improve the lives of people in desperate need of help and hope.”

He adds: “Our vision, to save the next generation of Zimbabweans from HIV/AIDS, is becoming a reality.”

To endow the Victoria Falls health care center over the next three years, World Health Clinicians has assembled a $15.1 million budget and is in the process of soliciting funding from philanthropies and foundations, the business sector and public-spirited individuals–while planning a number of fundraisers.

B.E.A.T. AIDS Project Zimbabwe—the acronym created for Bringing Education, Awareness/Advocacy and Treatment for HIV/AIDS to Zimbabwe—calls for a center that is a precedent for a politically isolated country where NGOs or non-government organizations have struggled to establish themselves and function effectively against a devastating backdrop of, chronic poverty, hyperinflation, land confiscations, anti-Western suspicions and a life expectancy of 37 for men and 34 for women.

Fundamentally Dr. Blick and team have developed a three-pronged approach to delivering anti-HIV/AIDS medical services based on education, patient advocacy and treatment, utilizing HAART or High Activity Antiretroviral Therapy, approved by the U.S. Food and Drug Administration and proven effective in preventing transmission of the disease from pregnant mothers to newborn infants.

It is the team’s intention to treat 500 patients the first year, 1,000 the second and 1,500 the third. The Zimbabwean minister of health and child welfare in the capital of Harare, Dr. Henry Madzorera, has endorsed the mission of World Health Clinicians, Inc. So has Grace Mugabe, the wife of Zimbabwe’s 86-year-old political strongman Robert Mugabe and other high-ranking members of the administration, Chitsaka Chipaziwa, Zimbabwe’s ambassador and permanent representative to the United Nations, and Dr. Gerald Gwinji, permanent secretary brigadier general, and Dr. Gibson Mhlanga, director of the National AIDS Council.

Additional information about the work of World Health Clinicians is available online at www.worldhealthclinicans.org. 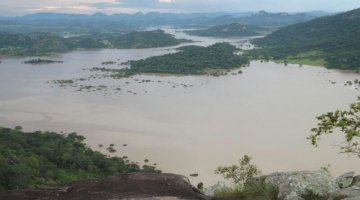