WHEN Finance Minister Tendai Biti withdrew the duty rebate on tourism industry capital goods, it was clear that he had been seriously misinformed and acted in contempt of the spirit that defined tourism as one of the four pillars of Zimbabwe’s economic turnaround programme in the Inclusive Government.

The duty rebate which allowed importation, duty free, of capital equipment to support the expansion and modernisation of hotels and restaurants, safaris and transport in the tourism and hospitality industry had been introduced in 2009.
So when Minister Biti decided to withdraw it, it was akin to cutting the vain that supplies blood to a living organism and still expect the organism to live.

Safari operators need customised vehicles, hotels need equipment from cutlery to bedding and luxury vehicles and they need the support to bring the goods into the country after years in which their pockets were choked by economic sanctions.
Soon after his announcement of the withdrawal, there was an outcry in the tourism industry from Zimbabwe Tourism Authority boss Mr Karikoga Kaseke, then Tourism Council president Mr Emmanuel Fundira and business mogul Mr Philip Chiyangwa.

Thereafter, the rest of the tourism industry felt the minister had been misinformed or decided to misinform himself.
Prior to Minister Biti’s untactical reversal of the statutory instrument, the men in question, together with a hell lot of others in the tourism industry, had worked day and night for more than two years to convince Government to workout that arrangement.

The full import of this argument is that the minister should have had the courtesy to consult the tourism industry. This time around, Minister Biti must be applauded for swallowing his pride and being realistic enough to know that his actions were in contempt of the spirit of promoting the tourism industry.

Tourism is the face of Zimbabwe. Tourism is the first contact with foreigners and it should be known that the past four or so months in which the tourism industry has been stagnant in terms of recapitalsation, will go into the annuls of history as the result of the Minister of Finance’s misinformed decision.

Tourism and Hospitality Industry Minister Walter Mzembi and Kaseke should be applauded for knocking sense into Minister Biti whom the tourism industry has been battling to convince to give the necessary lifeline to the project.

Going forward, while the minister has had a major climb-down, the tourism industry must also act responsibly by avoiding corruption and following rules and regulations. The rebate is not meant to line a few people’s pockets and allow them to bring in goods for the refurbishment of their homes and luxury cars for their children. The tourism industry must act responsibly so that by the turn of the project, it will be able to justify why the rebate on duty was necessary.

Zimbabwe is a tourism hub of unparalleled magnitude. The product is there, what is needed is infrastructure support.
With regional tourism market being the strategy, Zimbabwe must be able to compete with other countries in terms of comfort and ambience that goes with the industry.
While we have world class tourist destinations, we should not be found wanting when tourists travel from neighbouring countries into our own.

We should hold our own and it is through such Government financial positions like the rebate that gives the tourism industry the needed oxygen to breathe into the future. 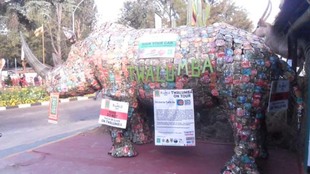