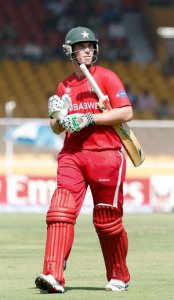 Bangladesh, needing 263 more runs on the final day to beat Zimbabwe in the opening cricket test in Harare, was in trouble on 112/3 at stumps.

Tamim Iqbal (43) and Imrul Kayes (31) got the visitors’ second innings off to a great start, sharing in a 65-run opening partnership.

But the loss of three wickets left the side with a mountain to climb to win the match on the last day.

The Bangladeshis will take some comfort in the fact that former captain Mohammad Ashraful is still at the crease, unbeaten on 19. Current captain Mushfiqur Rahim is with him on four not out.

Zimbabwe captain Brendan Taylor declared at the tea break yesterday, setting Bangladesh a target of 375 runs to win the one-off test at the Harare Sports Club.

Taylor declared just after reaching his maiden Test century, an undefeated 105 which included nine fours. He needed 117 balls to achieve his half-century and another 53 balls to reach the 100 mark.

After a steady partnership with former skipper Tatenda Taibu, who scored 59, Taylor’s innings put the hosts within sight of making a winning return to test cricket after an enforced six-year absence.

Zimbabwe, opening the day on 92/4, lost only one wicket in two sessions before declaring on 291/5, a lead of 374. From a precarious position at the start of the day, Zimbabwe fought back to allow Taylor to make his bold move.

Taibu’s contribution was immense in the circumstances and Craig Ervine also came good with 35 not out, which probably saved his place in the team.

Shakib Al Hassan persisted with spin through the day but there was little turn or bounce on a wicket that still looked good after four days. 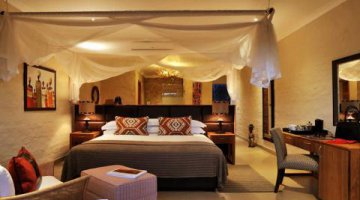