Our first encounter with Botswana’s wildlife happened sooner than we had expected.We had barely left the gates of the safari lodge when an adult and baby giraffe strolled nonchalantly past our open-top jeep without a backward glance at their audience.

We were at Chobe National Park, near the town of Kasane, from where David Livingstone is reported to have set off for his ‘discovery’ of the Victoria Falls. The wilderness here was so beautiful, that Richard Burton was moved to propose (actually, re-propose) to Elizabeth Taylor while there were filming there in the 1970s.

Botswana is the little-known success story of southern Africa. It is one of the few middle-income countries in the continent, thanks largely to the delayed discovery of vast diamond resources only after its independence from Britain. Botswana was thus spared the large-scale extractions that debilitated so many former African colonies, and it has also been fortunate in its liberal progressive leadership.

This was brought home to me while conversing with one of our safari companions, a Botswanian who to our surprise identified us as desis. “My roommate at the American University in DC was from India” he explained. “He stayed on in the US to look for a job, while I returned to my country to work,” which about summarises the difference between the two countries in the 1970s.

Tourism is the second-largest earner, as the country has judiciously promoted itself as a high-cost, low-volume safari destination. The safari experience in Botswana, as a result, tends to be more expensive than in its neighbouring countries, but it also allows viewing in relative solitude and silence, an important consideration as more and more people head for Africa’s wilderness parks, clamouring to be shown the Big Five (lion, elephant, leopard, rhino and buffalo).

Almost all the wilderness camps in southern Africa have perfected the use of natural materials and colours, which blend with the grassy scrubland outdoors, without compromising on comfort — and our lodge at the Chobe National Park was no exception. Most welcome were their knowledgeable local guides. If I had to look for a drawback, it would be the primarily meat-based cuisine on offer at dinner, but this could be explained by the difficulty of transporting fresh vegetables to these locations. We were a bit disconcerted the first night to find, after a spectacular sighting that afternoon of herds of kudu (a beautiful African deer), steaks of the same animal on our dinner plates that night!

Chobe is famous for its elephant herds, and as an Indian I was initially sceptical about spending time viewing an animal so domesticated it competes with cars for space on our city roads. I was wrong — the two hours we sat and watched a herd of female and baby elephants by a stream, dunking each other, squirting themselves, was one of the most vivid experiences of the trip. And this is what I have learnt from travel in the wilderness — it reveals most when you take whatever it offers. No one had prepared us for the fiery sunsets at Chobe, or the dozens of hippos lurking just under the river’s surface like so many gulab jamuns bobbing in their syrup. Of the promised Big Five, we may have seen three or four — I don’t remember and, once there, thenumbers didn’t seem important. 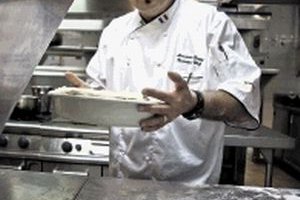