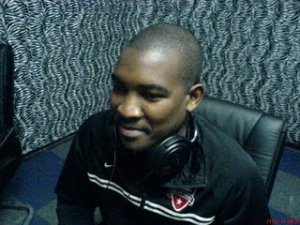 Charles had just been promoted from Programmes and Production Manager to Acting Station Manager and we were happy to be able to announce his appointment live on air. Mr Chulu is a 2009/10 graduate of the University of Zambia where he read Mass Communications and Development Studies. Whilst at University he gained experience working at the University radio station and served an internship with PANOS. He had been educated at St Clement’s High School in Luapula Province before attending University.

Charles told listeners that his long term challenge at Zambezi fm was to increase the listenership. In the short term the immediate goal was to host a car wash in Livingstone on the following Saturday to celebrate the 5th anniversary of Zambezi fm commencing broadcasting in 2006. Management, presenters and disc jockeys from the station would wash cars to raise funds for the Ebeneezer Orphanage in Livingstone. Charles thanked Chanters Lodge and others for the donations they had already received in this respect. Richard looked forward to Milli Jam washing his car at the weekend.

The music on the show was great! We opened with ‘In Your Bed’ by Mohombi. “Who’s in your bed?” I teased the Chanters Girls over the air. We followed Mohombi with the late, great Amy Winehouse and her classic ‘Back To Black’ speculating that the track might make the number one spot on the singles charts in UK that very evening. As it happened it didn’t. George’s local selection was O.C. ft Wendy Harawa with ‘Super XZ’ and Afunika’s ‘Ba DJ’. Good stuff! Milimo chose Natalie Imbruglia’s ‘Torn’ and Mya ft Sean Paul with the soulful ‘Rear View Mirror’.

Our ‘Oldie Of The Week’ was Celine Dion’s ‘Think Twice’ and we gave away a dinner for 2 at Chanters Lodge to the first person to text us the name of the artist on the track. The listeners struggled but the prize was won! We gave the usual information about Lodgeblog and Twitter where we are @Livilodge, as well as the UK and USA pop charts update. ‘Private Dancer’ by Chris Brown closed the show.

Milli Jam wanted to know if Charles was married. He replied that he was not. “So you’re available then?” Milimo continued as the Chanters Girls at the lodge perked up their ears. “No I am not” replied Charles “I am very much spoken for!” I could sense the disappointment at the lodge through the air waves! “What football team do you support?” Milli Jam asked. “Locally I support Mufulira Wanderers and in UK I’m a Man Utd fan” Charles replied. “Play some music” I instructed as we laughed and did just that! (It’s an Arsenal show of course!) cutting off our station manager before he could wax lyrical about Rooney et al. 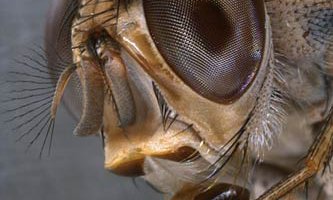