Local dance queen, Slizer, will soon release a DVD and a CD on Zimbabwe’s rich cultural heritage and tourist sites.

From Mmegi.bw
By THATO KALA 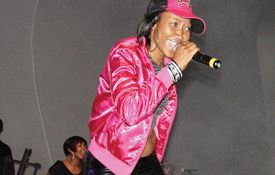 Slizer, whose real name is Naledi Kaisara, performed in three shows in the neighbouring country early this month before paying a courtesy call at the Zimbabwe Tourism Authority (ZTA) offices in Harare.

The famed dance queen will partner ZTA in a bid to package the country to the rest of the world through music.

“I’m fascinated by the people of Zimbabwe and the culture. It’s so nice and my next songs are dedicated to this beautiful country. I have heard a lot of bad things about Zimbabwe, but to me it’s totally the opposite; Zimbabwe is beautiful, and I’m going to show that in my songs,” Slizer said during her visit to the ZTA offices.

She is scheduled to visit some of Zimbabwe’s tourist sites next month in a build-up to the project with the Victoria Falls likely to be her first destination. The Victoria Falls is among the seven wonders of the world.

ZTA head of public relations Sugar Chagonda was quoted in a Zimbabwean newspaper as saying the authority has since endorsed Slizer’s proposal.

“When she (Slizer) was in the country, she paid us a courtesy call and proposed to market Zimbabwe through music. We were excited with her idea and we have since endorsed the project. We are fully behind it, given the mandate that we have, of marketing Zimbabwe as the most preferred tourist destination,” Chagonda told the Herald. Slizer’s visit to Zimbabwe early this month was her third, having been there late last year when she performed at the Unity Gala on December 22. In February she performed at President Robert Mugabe’s birthday gala.

She has managed to create synergies with the neighbouring country’s musicians including Sungura Titan, Alick Macheso. The two performed together in three shows at Pamuzinda High Way, Aquatic Complex in Chitungwiza and at the Harare Gardens. She reckons such shows boost inter-cultural ties.

“Such shows are meant to promote inter-cultural relations and to build good relations with other musicians from all over the world. What I want is to promote all African countries so that we work together towards developing our continent.” Macheso had earlier performed in Francistown at BOCCIM Hall and in Gaborone together with Slizer late last month.

The Queen of House Kwasa, Slizer, looks to have endeared herself with Zimbabwe’s music lovers following her three visits to the country. Her new project will likely broaden her market in that country.

She is one of the most popular female artists in the country after her debut album, O Tswa Kae set her up for glory in the local music industry.

Next post Victoria Falls — THE Confederation of Zimbabwe Industries annual congress opens in Victoria Falls today in pursuit of solutions to challenges facing the industry.

Previous post Visitors getting drenched on the Pedestrian Bridge at Victoria Falls, Zambia 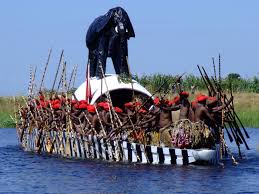