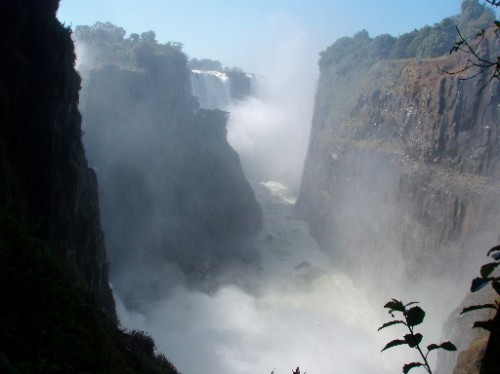 Ola Guys, currently chilling in sunny Zambia this is the first we’ve been able to get time to use a computer but we’ve both been being really gay and writing a wee journal to pass time on the bus so i’ll just start with the first few entries then will do the rest later when we’re on our stopover in Dubai or something!

Almost missed final call for the flight (even although it had been delayed for over an hour) because we had been having a cheeky pint at the bar. Got sat next to some ned who was on his way to Oz, he was pretty friendly if not slightly racist – bit of a cringe when there’s a muslim family sat behind you and you’re flying with bloody emirates, apart from that he was pretty sound. Victoria broke the remote for her entertainment system within the first five minutes of the flight. Chilled watching films with a few complimentary red wines and then arrived in Dubai with a few hours to kill. Had our first encounter with a ‘squatting toilet’ – got stage fright, realised i was fighting a losing battle, came out then realized all the rest of the cubicles were normal toilets – absolute whitey.

2nd flight Dubai to J’burg I got sat next to a big fatty who kepot elbowing me making sure I didn’t get any sleep and had a pretty s*** flight – bint.

We arrived in J’burg around half 10 in the morning and made our way to the lodge, weather was lovely so sat out in the sun waiting on our room getting ready. Everyone was really nice – met a few people from our touras the day went on – our group is mainly made up of americans with a few canadians 3 italians and 2 germans – we’re the only brits. Most of the group is much older than we expected but seems like we’ll all get on well anyway. Later at night we met our tour leader and driver, Jeanine and Kobus who are South African. Got our first look at the truck which is HUUGE, dont know what I expected but it defo wasn’t this, it’s pretty cool. We were told that we’d be leaving and half 7 the next morning so just decided to have an early night and make the most of the hot shower in the room! We were in a double room so it was our first spooning night of the trip – pretty sure there’ll be more to follow!

Saturday 16th July, Day 3 – Got out of bed at half 6 and got our stuff ready to fire into the truck then headed for breakfast. Left J’burg around half 7 to head to Kruger, truck is actually pretty comfortable, managed to get another hour sleep but not before we got pulled over by the police. Kobus had taken the wrong turn off and decided to back up to go the way he was meant to. What should have been a 10 hour drive took around 13, everyone was in good spirits considering this though. We finally arrived at Kruger and set up the tent; we were surprisingly good at this – another few days and we’ll have it down to a T. Dinner took ages to cook on the braai – didnt eat until 11pm so everyone was starting to get tired and grumpy – the temp had also started to drop which wasnt ideal but we got on with it.

Woke up just after 5a, to put down the tent and get breakfast before the trucks arrived to take us on a game drive of Kruger national park. Our driver Kurt was brilliant – you could tell he really knew his stuff and had been doing it for years, he was also really sound, took the piss out of us quite a bit was hilarious. We managed to see the most animals out of the 3 trucks that left from our group seeing 4 of the ‘big 5’, seen lions, a white rhino, buffalos and elephants as well as giraffes, different boks (impala, nyala, water bok, springbok and a couple of rarely seen sable antelope that were drinking at a watering hole with some zebras). Obviously seen millions of baboons and monkeys that were pretty cute and Kurt also managed to sneak us into a viewing lodge that overlooked part of one of the rivers – we weren’t supposed to be in there but so glad that we got in as we managed to see a load of birds and a family of hippos – we all fell in love with the baby who was really playful and cute – kept head butting the dad which was sleeping; love it when they do their wee ear thing as well! Didn’t really know what to expect of the game drive – thought we wouldn’t get to see much but saw loads and were pretty lucky to see what we did especially at this time of year. After the drive Kurt took us to our next campsite in the greater Kruger area to meet up with the rest of the group. We stayed at Nkwathle bush camp which honestly has to be the best campsite we will stay at; the toilets were open air but so nice. Everything was so well though out and creative. Never though i’d enjoy camping in a site so much – would love to go back there for a little longer. We had a traditional south african meal and watched some locals from kruger village dance and sing around the camp fire – got dragged up to join in at one point – absolute beamer! Was a really good night. Discovered our new favourite cider – Savannah – ended up having a good few to take the edge off as the temp had dropped again, and spent time talking to a few of the Americans in the group; Jamie, Michael and Lacey who are all pretty sound and up for a good time which is nice.

It’s Nelson Mandela’s birthday today – our invite to the party obvs got lost in the post. Got up at 10 to 6 to leave for 7 – we’re heading to Polokwane today which is estimated to take 11 hours but apparently we’re making good time. The roads are starrting to get a bit worse so its getting pretty bumpy but the scenery makes up for it – although we have seen some eye-opening sights along the way. I knew I’d see poverty that I hadn’t before but still can’t be prepared for the sight of conditions some of these people are living in, it’s pretty sad. Tonight’s supposed to be one of the coldest of the trip so we stopped in at a shop to get blankets, hats and gloves – the weather is crazy, reaches around 20degrees during the day then totally drops at night. Getting used to passing the time on the truck – plenty of naps, sightseeing, writing in this so that i can type up when we next get a computer/internet and listening to tunes on the ipod. We had a laugh earlier when backstreet boys came on – imagining the guys singing along – we all know how much our boys love to sing ‘i want it that way’ on karaoke!!

Arrived in Polokwane and set up the tents – then we went on a game walk; saw some zebras and impalas, was nice to just get out and walk in the bush enjoying the sun. Hung out on the truck with our american friends; having a few beers then went back to the tent. Had a terrible sleep because of the cold, honestly thought i was going to die haha but everyone just gets on with things – a cup of coffee in the morning and a nap on the bus sorts you out no bother!!! 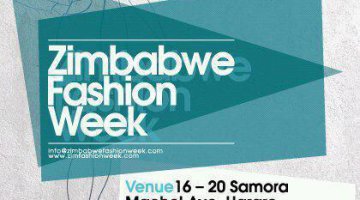