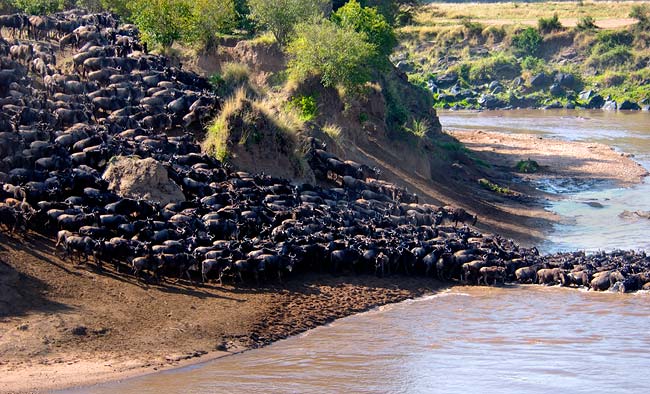 Will mismanagement see to the end of scenes like this?

The Masai Mara has lost more than two-thirds of its wildlife over the past three decades, according to scientists. The numbers are worrying. Impala, warthog, giraffe, tipi and kongoni have declined by more than 70%. The great wildebeest migration now involves 64% fewer animals than in the early 1980s and the resident wildebeest population has fallen by 97%.
A study published in 2009 already indicated populations of some large mammals were declining but this study was based on research of only seven species over a 15-year period. Scientists have now looked at data of 12 species of large mammals from aerial monitoring since 1977.

Kari Mutu, Sales Manager Great Plains Conservation, says there has definitely been a decline in wildlife. She mentions the major reasons for this include drought, population pressure, tourism overdevelopment and political mismanagement.

Tourism overdevelopment is a worrying factor, says Mutu. “Fifty years ago there was one lodge, now there are 150 camps and lodges with more being licensed. Visitor numbers are increasing year on year. Experts agree this is having an adverse effect on the environment, and it’s certainly impacting the natural behaviour of wildlife in terms of feeding, hunting and birthing.”

Mutu explains political mismanagement is another important factor. “A management plan was formulated many years ago with good recommendations for wildlife management, environmental conservation and tourism development. But the plan has not been endorsed, and this remains a major stumbling block in securing the long-term survival of the game reserve.”

The declining number of wildlife could spell the end of the hugely popular wildebeest migration, according to scientists. Mutu admits: “It is entirely possible that the migration could end. After all, millions of animals don’t trek through hundreds of miles for the sheer joy of it but to survive. If the Mara ecosystem dies off, so then will thousands of herbivores and the predators that rely on them.”

Jake Grieves-Cook, MD Gamewatchers Safaris, says we should look at the numbers in perspective though. He explains the decline refers to the entire Mara eco-system and not just the Mara Reserve. He says: “Within the whole eco-system, there has been habitat loss due to human settlement and farming in some areas which are no longer available for wildlife, so in those areas the numbers have fallen by up to 100% but in other areas numbers have increased.”

Both Mutu and Grieves-Cook say there is light at the end of the tunnel. They say the conservancies in the area are reversing the declining wildlife trend. Conservancies are under the ownership and management of private individuals or non-state organisations. The conservancies operate high quality, low-volume tourism to ensure minimal impact on the environment. Mutu says: “Most of the Mara conservancies are less than 10 years old but are already showing great results. Olare Orok Conservancy, for example, now has one of the highest densities of big cats in Kenya.”

Sandy Wood, MD Pulse Africa, is optimistic about the future of the Masai Mara. She says the declining wildlife has not impacted on tourism so far and says the rhino population is even on the increase. “The end of the Masai Mara – I don’t think so.”

Next post Everybody eventually makes it to Vic Falls! 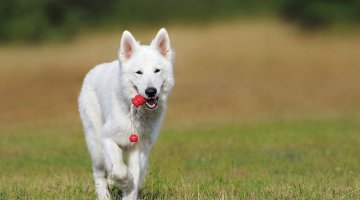