(eTN) – The Victoria Falls Bridge was alive with youngsters who had come to bungee jump, to slide across the gorge, or to swing on a cable. For the more sedate people, like myself, there is also something to do – a Bridge Story and Tour.

We were taken into the storytellers’ room covered with pictures of the construction of the bridge in 1904. There we found a man sitting at a desk drawing. The man was George Imbault, the engineer of the bridge… that was what he told us, anyway… the fact that he would have been about 150 years old, didn’t seem to matter.

George Imbault got up from his desk and told us the story of the bridge. It was most entertaining. He was quite an actor. And he got all his facts right and told us things I didn’t know.

After our story, we were togged up in harnesses to go for a walk under the bridge. The harnesses are attached to straps and carabiners (metal clasps). These we were to use to attach ourselves to a rope as we walked along the pathway.

Crossing the railway line and road, we took the steps down the side of the bridge, attaching our harnesses as we went. The footpath under the bridge is a metal grill, and looking down between my feet, I could see the water below. I felt a bit woozy, but I think the harness gave me a sense of security, and it really wasn’t that bad.

Mr. Imbault came with us on the walk, too, and continued his fascinating stories of the bridge. The most interesting bit was the explanation of the vibrations of the bridge as a truck or train passes along it. The four pillars, which hold the bridge in position, have bearings under them to allow for movement of the bridge. If they weren’t there, the bridge would soon crack and break.

Mr. Imbault told us that the very last rivet to be used in the construction was made of gold. I looked for it among the thousands… but I didn’t see it.

We walked right across the bridge underneath and climbed up the ladder at the other end. Wandering back across the bridge, this time on the road, we stopped to watch the “jumpers” and “sliders.”

Back at the reception, we took off our harnesses and then retired for a cool drink on the deck. The deck overlooks the gorge and the bridge, and it is a great spot for a couple of hours of viewing. I watched a few bungees, swings, and slides. A good afternoon’s entertainment… especially from this side of the gorge. 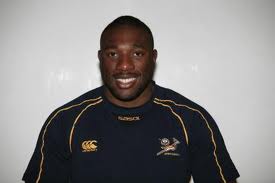 The Beast in Vic Falls