All Honours Even At The Close Of Day One 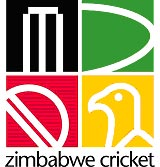 Zimbabwe XI gave a more positive performance against Australia ‘A’ on the first of the second four day match being played at Harare Sports club on Thursday. The home side was 250/5 at stumps. This is the second and final match between the two sides; Australia won the first match by seven wickets at the Country Club on Monday.

Four major changes were made in the Zimbabwean starting line-up. Captain Brendan Taylor and Raymond Price returned from injuries which ruled them out of the first match while fast bowlers Kyle Jarvis and Chris Mpofu were the other two additions. The four came in to replace Malcolm Waller, Keagan Meth, Tendai Chatara and Njabulo Ncube.

The opening pair got off to a slow start after Zimbabwe had won the toss and chosen to bat. Vusi Sibanda (33), though the major contributor in the 46 run partnership, was the first to depart after being bowled by Mitchell Starc. Tino Mawoyo was caught in the 27th over after labouring long and hard for an innings of 24 from 78 balls. By lunch Zimbabwe was 103/2 with Brendan Taylor and Hamilton Masakadza at the crease.

It was a very solid and the typical Taylor and Masakadza partnership. The pair added 96 runs for the third wicket, with Masakadza scoring a fluent 64 off 141 balls in a concrete innings which featured 11 boundaries. Captain Brendan Taylor clung on, partnering Craig Ervine (34) and looked set to finish being there at the close of play but I was not to be as Luke Butterworth trapped him leg before wicket with the new ball for 85 from 176 deliveries.

Butterworth struck again, this time inducing the outside edge of Craig Ervine. Regis Chakabva and night watchman Raymond Price are yet to get off the mark as the home side will be hoping to set a competitive total in their first innings. Butterworth was the pick of the Australian bowlers with figures of two for 28 in 13 overs which included seven maidens.

Play commences at 0930hrs the next day.

Previous post Jason Gillespie who visited the Victoria Falls recently had the following to say about the current aussie cricket tour to zimbabwe..