The Australia A cricket team visted the Victoria Falls on Tuesday…

They were there for just one day as they have severe time constraints and are in the country to focus on the cricket.

The Zimbabwe cricket team will have to work on their approach towards building a solid first-innings total if they are to be competitive. in the last Castle Lager four-day series match at Country Club starting at Harare Sports Club on Wednesday.

Zimbabwe could only manage a first innings score of 230 runs despite a good start in which they had an opening-wicket partnership of 117 runs with Vusi Sibanda top-scoring with 91 runs.

Clearly this is where the initiative was seized and with the Aussies replying with a solid 439 runs, it was always going to be a tall order for Zimbabwe despite the score of 346, led by Elton Chigumbura’s tonne.

However, by then it was a little too late to get back into the game, hence the seven-wicket loss to Australia “A” on Monday.

“The bottom line was that we didn’t get enough runs on the board in our first innings and in the longer version of the game, you desperately need to convert those starts into big scores in your first innings. We were in a strong position at the start, but our middle order didn’t get stuck in for a bit longer and these are the things that change the course of the game,” said Alistair Campbell, the chairman of selectors.

Campbell’s sentiments were echoed by assistant coach Steven Mangongo who felt the match was lost when Zimbabwe relinquished what looked like a strong position in the first innings.

“When you have a small total in the first inning, then you are chasing the game and although the bowlers tried their best on a good batting wicket it was too late and it’s something we need to rectify as soon as possible,” said Mangongo. 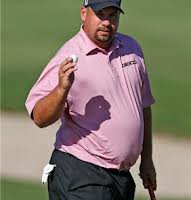