GOVERNMENT has targeted increasing tourist arrivals from about 2,2 million in 2010 to four million during the five-year period of the Medium Term Plan to increase tourism’s contribution to economic growth and development.

The MTP has targeted to increase hotel rooms from 6 248 to 15 000 and hotel beds from 12 000 to 18 000. It also envisages development of a National Tourism Plan and implementation of the Victoria Falls Master Plan.

Measures will be instituted from 2011-2015 to unlock the tourism sector’s potential as a quick-win option for economic growth and development.

The main thrust during the period is to have a sustainable and productive sector-driven tourism industry that promotes economic growth.

Zimbabwe recorded a decline in arrivals in 2008 due to safety concerns and the economic instability. But the country recorded increases in the last two years and the trend is expected to continue in the next five years.

Challenges in ensuring sustained increase in tourist arrivals include skills flight, poor state of the roads, infrastructure that is not adequately maintained, water and electricity shortage, few direct flights from source markets and high utility charges, which increase the cost of doing business.

Targets in the MTP will be achieved through upgrading and diversifying the tourism product, streamlining customs and immigration formalities, aggressive marketing, image sprucing and rebranding.

Efforts will also be put in promoting domestic tourism through initiatives supported by incentives such as family packages and discounts for local tourists.

Capacity building programmes will focus on language training to effectively tap into the country’s major source markets in Europe and Asia. But other potential source markets such as the USA will not be neglected.

The programme will also entail skills training for service excellence and capacitating hospitality training institutions such as the one in Bulawayo.

The tourism growth strategy will focus on assessing Zimbabwe’s competitive positioning, differentiation strategy, brand identity and establishing a suitable market position and a unique image for the country.

Targeted programmes include development of the National Tourism Master Plan and a review of the Tourism Act to streamline the roles of the Zimbabwe Tourism Authority and the Ministry of Tourism and Hospitality Industry.

There will be measures to strengthen the national portal web for easy access to information and reservations by tourists and establishment of efficient, well-stocked and equipped tourist information centres at ports of entry.

Government will also rehabilitate and develop tourism infrastructure, establish Ministry of Tourism administrative structures at provincial and district levels and establishment of visitors bureaus in the top 10 source markets

Zimbabwe is strategically positioned at the heart of Southern Africa. The Government will take advantage of this to promote the country as the hub of tourism in the region.

l This is the sixth part in a series of articles on the key deliverables of the Medium Term Plan crafted to guide Government programmes in the period 2011-2015. 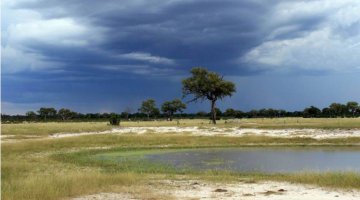