From Proactiveinvestors.co.uk
by Ian Lyall
Tue 10:08 am 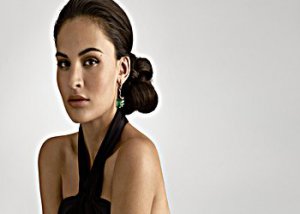 The past year has been quite incredible for investors in Gemfields (LON:GEM) which have seen the share price rocket more than 340 percent.

The stellar performance of the stock is a reflection of the hard work of chief executive Ian Harebottle and his team on the ground in Zambia, and in particular their success in turning around the fortunes of the Kagem emerald mine in the country.

Some savvy marketing and an upturn in demand for coloured stones have also aided the transformation of Gemfields.

But while the share price tells a fairly exciting tale of what can be done when you pair operational competence on the ground with an entrepreneurial senior management, it does little to reflect the full potential of this company.

There is little in the current share price for the buoyant for market for emeralds – reflected in the record sales achieved at last week’s auction – or the improvements in cash costs at Kagem.

Neither does the current share price factor in the exploration potential of Kagem, or the company’s imminent acquisition of a controlling interest in a world-class ruby deposit in Mozambique.

In fact with a market cap £84 million Gemfields is worth just a little more than the cash it has on the balance sheet and the stones it carries as stock.

The list of blue-chip institutions joining the share register suggests the Gemfields story is gaining some traction in the City.

Blackrock, JP Morgan and Standard Life are there, though the largest investor is still Rox, an affiliate of Brian Gilbertson’s Pallinghurst, which has 63 per cent.

In the last week the sporadic bouts of profit-taking that have kept the stock in the 18-22 pence range seem to have abated and the stock has tested new highs above 25 pence.

“People want to be part of what we are doing and it is becoming contagious,” chief executive Harebottle told Proactive Investors.

“We have finally got a nice cash cushion, and things (in the market) continue to go from strength to strength.”

A reflection of the company’s success was the last week’s emerald action in Singapore, where revenues were a record US$31.6 million and buoyed by red hot demand for the green stones.

The financials, meanwhile, reveal a company in transition. Gemfields posted a maiden profit last October of US$2.5 million, which lit the blue touch paper under the share price.

Broker Canaccord Genuity expects the company to post EBITDA of US$21 million this year and a net profit of US$15 million.

However Harebottle and his team have a habit of under-promising and over-delivering.

The last quarterly numbers saw a spike up in costs per carat as Gemfields was hampered by the impact of Zambia’s rainy season on production.

It also fair to say that emerald grades at Kagem are far from uniform, and there are natural peaks and troughs in production that will affect the cost per carat.

That said, these swings tend to be less extreme than those seen at other emerald and coloured gemstone deposits.

Over the long term costs per carat are expected to stabilise somewhere around 50 cents, according to finance director Dev Shetty.

The company is bringing back contractors to move the waste and “within Kagem we are looking at our operating efficiency, plus an increase in carats”, he adds.

Gemfields also plans to go underground at Kagem. And having compiled an initial feasibility study, it is now developing a mine plan.

Drilling is also underway on the site, with an updated resource statement expected by the end of the year.

“There are at least six known deposits on our area, but we want to move our open-cast feet to the right one,” says Harebottle.

“If we can do that in a couple of years we will have an opencast pit and an underground mine. And that is where we are looking to go at Kagem in the not too distant future.”

Gemfields also wants to invest in the Kariba amethyst mine, its other Zambian asset, but not before it has acquired a controlling interest in the project.

Harebottle reveals: “We are in talks with the government to buy an additional 25 per cent stake in this mine so we can have 75 per cent and justify increasing our level of investment into this project.

“(Kariba) needs a bit more cash, which we are happy to supply , but we want a bit more influence over the cash in order to justify that. The market and the demand (for amethyst) is picking up which is exciting.”

The eye-catching announcement recently was the option to acquire a 75 per cent share of a ruby deposit in the Cabo Delgado province of Mozambique, which takes it into a totally new arena.

The Gemfields chief says there is “still a bit of work to do” on the US$2.5 million deal, specifically the “structure of the company and getting the project off the ground”.

“We are not quite there yet, butwe are working on it,” he adds.

“We are very fortunate. Without a doubt we have the world’s single largest producing emerald deposit in Kagem.

“In Kariba we have the world’s single greatest producing amethyst deposit. And I have every confidence we will soon have the world’s largest single ruby deposit up and operational. They are great rubies.”

The market for gemstones, meanwhile, goes from strength to strength.

Demand from China and India is driving the market, while the US is slowly emerging from recession and starting to spend.

The Kagem mine is shrewdly touted as the home of the ethically produced, carbon neutral and ecologically “green” emerald.

However the Kagem name is also synonymous with quality in the market. Gemfields’ auctions are becoming a magnet for suppliers who trust it as a source of the best stones.

They are now being sourced not just from its own operation, but other Zambia mines and as far afield as Brazil, the idea being that cutters and polishers go to just one buyer to acquire their products.

“We have become the supplier of choice,” Harebottle reveals.

“The people who buy emeralds come to us first and buy from us first.

“Then, only if they can’t get enough from us do they go out to the market. We want to make it easier for the cutters and down-stream industry to get access to a reliable and consistent supply of high quality goods.

“At the auction coming up we are putting on the table Kagem mined emeralds, Zambian traded emerald and Brazilian emeralds.

“Emeralds sales were lagging in Europe for some time as it had become seen as somewhat of a ‘granny stone’. Now that is changing – you only have to look at the windows of jewellers in the Bond Street jewellers to realise they are turning green.”