A furious 57-ball 82 from David Warner helped Australia A to a seven-wicket win over Zimbabwe XI on the final afternoon of the first four-day game at the Country Club in Harare.

Zimbabwe battled hard to push the match into the final session, however, with Elton Chigumbura’s run-a-ball 108 and Hamilton Masakadza’s 91 setting up a second-innings total of 346 before Australia chased down the 138 required to win in just under 27 overs.

Zimbabwe had started the day 75 runs adrift of making the Australians bat again, and when Keegan Meth and Craig Ervine departed cheaply in consecutive overs from Mitchell Marsh, it was not assured that they would do so.

Masakadza and Chigumbura fought back gamely, the former raising a patient fifty from 123 balls and the latter regaining his spark with the bat during an adventurous knock.

They added 102 for the sixth wicket at better than five an over before Masakadza, who had picked up his tempo after passing fifty, presented a catch to Peter Siddle off the bowling of Trent Copeland. Zimbabwe were 249 for 6 with his dismissal – a lead of just 40 – and neither Malcolm Waller nor Brian Vitori lasted long.

Chigumbura kept up the fight, attacking the bowlers with disdain to raise a 96-ball hundred with a flurry of boundaries. He hit 16 fours and four sixes in total, but eventually paid the price for his aggression when he charged out at Michael Beer only to be neatly stumped by Tim Paine. Nos. 10 and 11 Tendai Chatara and Njabulo Ncube clung on for a few more overs, but when Ncube was trapped in front of his stumps by Beer, Australia were presented with a relatively modest target of 138 runs, and 36 overs in which to get them.

The teams meet in the second and final four-day game at Harare Sports Club in three days time. 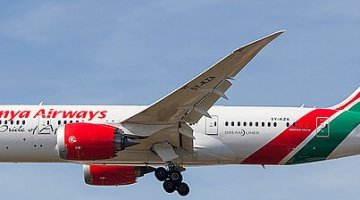