Zambia – The Perfect Destination Awaits You

“Zambia must be promoted by world tourism leaders,” was my expression while leaving Zambia after my eight days tour. I knew before touching Lusaka international airport that Zambia is in rich wildlife, but what I saw in Livingstone made me realise how rich the country is with the wildlife so near and easily reachable and how much potential this country has as a future Tourism Destination on the global tourism map. 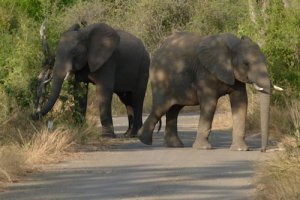 The Republic of Zambia, is a landlocked country in Southern Africa in the Southern Hemisphere. The neighbouring countries are the Democratic Republic of the Congo to the north, Tanzania to the north-east, Malawi to the east, Mozambique, Zimbabwe, Botswana and Namibia to the south, and Angola to the west.

The capital city is Lusaka where I had been attending 5th IIPT African Conference. The bustling city is located in the south-central part of the country and the population is concentrated mainly around the capital city of Lusaka in the south and the Copperbelt to the northwest. Zambia has been inhabited for thousands of years by hunter-gatherers, gradually leading to a multi-ethnic country. Zambia and my country of Pakistan have one similarity in their history—the Rule of British Raj—and its impact on our cultures. Zambia became the British Colony of Northern Rhodesia towards the end of the nineteenth century.

On 24 October 1964, the country declared independence from the United Kingdom and prime minister Kenneth Kaunda became the first head of state. The new name of Zambia was derived from the Zambezi river (Zambezi may mean “God’s river”) which flows through the western region of the country. Zambia was governed by Kenneth Kaunda of the socialist United National Independence Party (UNIP) from 1964 until 1991. Kenneth Kaunda is a legendary character of Zambia. He is not respected as a politician or a former President and Prime Minister Zambia but he is respected as a Father figure for his nation. I had the great opportunity of meeting this legendary personality at the inauguration of the 5th IIPT African Conference on Peace through Tourism in Lusaka. I will remember Mr. Kenneth Kaunda for all times to come as an example for other politicians of developing world because he devoted his life to harmony and peace among different ethic groups and culture by giving a slogan—One Zambia—One nation. Mr Kaunda is a wonderful singer and I saw every Zambian present at the inauguration ceremony singing with him one of the national songs of Zambia.

I also had the opportunity of visiting Victoria Falls with delegates of the conference, including the Tourism Minister Ms. Catherine Namugala, who is responsible for the overall administration and management of the Ministry of Tourism, Environment and Natural Resources. She has a charismatic personality full of content, depth, knowledge of her ministry, and was a wonderful companion for those who traveled with her.

The rise of Catherine Namugala from a politician to an effective administrator in African world is not a story of one day. She served as Deputy Minister of Foreign Affairs from 2002 until 2003. From 2003 until 2005, she served as the Deputy Minister for Community Development and Social Services. In 2006, she was re-elected to parliament, representing Isoka East Constituency. Also in 2006, she was appointed Minister of Community Development and Social Services. Since then, she served as Deputy Minister in the Office of the Vice President, prior to being appointed to her present cabinet post in 2008. In February 2010, Catherine Namugala was awarded the African Tourism Minister Of The Year Award, beating six contestants from Ghana, Namibia, Sierra Leone, Tanzania, Uganda and Zimbabwe.

We had a chartered flight to Livingstone where we were warmly received by local dancers at the Airport. I feel the whole society of Zambia goes around dancing and singing because it is the most natural way of expression and is indicative of the simplicity and innocence of Zambian culture. Dancing with Zambians was a memorable experience for me. They dance with Body and Soul—-lost in dancing, completely forgetting world around them. If you love singing, dancing and music, Zambia is your Perfect Destination.

With the Minister of Tourism

The Wonder of the World – Victoria Falls

Victoria Falls are a spectacular sight of awe-inspiring beauty and grandeur on the Zambezi River, bordering Zambia and Zimbabwe. Victoria Falls was known as ‘Mosi-oa-Tunya’ by locals of Zambia in past. Literary meanings of Mosi-oa-Tunya is ‘the Smoke that Thunders.’ In more modern terms it is known as ‘the greatest known curtain of falling water.’ Columns of spray can be seen from miles away as 546 million cubic meters of water per minute plummet over the edge (at the height of the flood season) over a width of nearly two kilometers into a deep gorge over 100 meters below. The wide basalt cliff, over which the falls thunder, transforms the Zambezi from a wide placid river to a ferocious torrent cutting through a series of dramatic gorges. Facing the Falls is another sheer wall of basalt, rising to the same height and capped by mist-soaked rain forest. A path along the edge of the forest provides the visitor who is prepared to brave the tremendous spray with an unparalleled series of views of the Falls. One special vantage point is across the Knife edge bridge, where visitors can have the finest view of the Eastern Cataract and the Main Falls as well as the Boiling Pot where the river turns and heads down the Batoka Gorge. Other vantage points include the Falls bridge and the Lookout Tree which commands a panoramic view across the Main Falls. The best place for a wide range of crafts and curios is the Mukuni Victoria Falls Craft Village. From intricate animal carvings in stone, wood, or the beautiful green malachite, masks, drums, marimbas, spoons, book ends, walking sticks, jewellery and much more. The vendors can be really pushy however, yelling for your attention from all sides, so be firm. Look at everything before buying as some offer better quality than others. They are usually happy to trade for things like T shirts, batteries, shoes, or anything else hard to come by in Zambia.

You’ll find it in the parking area just above the Falls where most of the walks begin and alongside the Victoria Falls Field Museum. This little museum attempts to explain how the falls were formed over the millenia. It is built over an excavation site that has uncovered evidence of early hominids who lived in the area as far back as 2.5 million years ago. Mosi O Tunya National Park is situated along the upper Zambezi stretching from and including the Falls for about 12 kms up river. It is only 66 square kilometers but provides a home for numerous antelope species, zebra, giraffe and the recently acquired white rhinos, one of whom gave birth in the park in 1994. These are the only rhinos to be seen in Zambia as its previously large population has been completely eliminated through poaching.

Mukuni Village is an authentic tribal village where thousands of people live and work. In July of each year the Leya people partake in the colorful Lwiindi Ceremony. The local people believe the spirits of their ancestors still dwell in the gorges of the Falls and during the Lwiindi, they offer sacrifices to them for rain.

The Falls can be approached from the town of Livingstone by traveling south on Mosi O Tunya road for some 11 kilometers. Just before the border, there is a turn to the right which leads to a parking area. Walks all around the Falls are accessible from this point. If approaching from Zimbabwe, cross the border at the town of Victoria Falls and watch for the left turning just after the Zambian customs post.

Different times of the year will provide completely different experiences of the Falls region. Peak flood season is around March and April and the full power of the falls can be experienced in all its glory. Due to the masses of spray rising from the fallen water the full width of the Falls cannot be seen on foot. The aerial view at this time however is spectacular, with clouds of spray rising high into the sky.

As the floods abate the view of the falls gets better and better through the year, but at it’s lowest, around November and December the Falls become little rivulets running over the edge and in some places along the 1,7km width no water falls at all. This season’s gift is the view of the impressive cliffs that form the Falls wall and the magnitude of the abyss can be fully appreciated. Sobek and Safari Par Excellence do trips by raft to the base of the Falls in low season called ‘the float of angels”.

Leaving Zambia, I have an understanding that this wonderful African country just needs the attention of world tourism market players and it can be one of the best destinations on the continent because it has all ingredients that are needed to develop, support and encourage tourism in any destination.

For more info on Zambia: 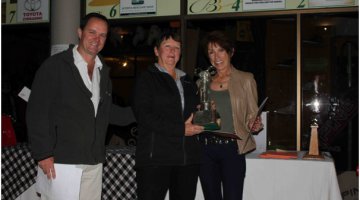 Record $14,750 Raised to fight the war on poaching