From Allafrica.com
By Golden Sibanda 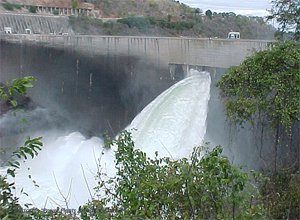 GOVERNMENT has targeted to increase power generation capacity from 1 960 megawatts to 2 800MW by 2015, as part of its infrastructure development programme during the five-year lifespan of the Medium Term Plan.

Development of reliable power infrastructure has been cited in the new economic policy as critical for sustainable economic recovery, growth and development.

Broadly, the MTP envisages restoration of all basic infrastructure including road, air and rail transport, ICT, water and sanitation in the period to 2015.

Former Zesa Holdings chief executive Engineer Ben Rafemoyo said the power generation targets espoused in the MTP were within reach if all is put in place.

He suggested maximum benefit could be derived from investing in new capacity rather than continuing to pump resources in patching up existing plants.

Zimbabwe faces serious power shortages, as it has not significantly invested in new and expanded power infrastructure over the last three decades.

Some firms now resort to using expensive options such as diesel generators while others pay high tariffs to get uninterrupted supply.

“Persistent power outages over the past years have contributed to continual economic decline.

“If this problem is not addressed it will be difficult to achieve the envisaged growth rates,” reads an excerpt from the MTP.

Installed capacity stands at 1 960MW, but national demand for power currently stands at 2 200MW and would certainly increase as the economy picks up. Government has had to import from the region to cover the power deficit.

Key to addressing power supply challenges will be restoration of Hwange Thermal Power Station installed capacity of 920MW and ensure combined optimal of 290MW at Bulawayo, Munyati and Harare, the small thermals stations.

But analysts contend that while rehabilitation and refurbishment helped maintaining modest supplies to meet demand the plants were too old and may not always guarantee consistent high output as they breakdown frequently.

Efforts will be made to expand Hwange by 600MW and Kariba by 300MW, develop the Batoka Gorge (1 600MW), develop Sengwa coal and Lupane gas projects.

“Current water allocation between Zimbabwe and Zambia can only sustain six generators,” he said.

He said Kariba can at best be used for energy banking – that is supplying additional power during morning and evening peak periods when demand is high.

The ex-Zesa boss pointed that while refurbishment should continue, Government needed to focus on creating new capacity to effectively deal with shortage of power.

Policy measures to achieve desired power generation capacity in the country include legal and regulatory measures to facilitate investment in the energy sector.

This will entail reviewing the framework governing sector, strengthening the regulator to deal with setting viable tariffs and regulate independent producers.

Eng Rafemoyo said while more still needs to be done Government had made progress in addressing legal and regulatory issues that scared away investors.

The MTP therefore proposed instituting stiffer penalties to the whole chain of offenders and establishing legislation to enforce laws to protect the environment.

To promote investment the MTP proposes the setting up of an independent energy sector regulatory board, implementation of cost reflective tariffs, review of systems

and processes in operations to enhance billing.

The MTP also suggested leasing out the small thermals to the private sector for their direct consumption and exploration of various technologies including low-carbon economy alternatives such as solar and wind energy.

There will, however, be need for the Government and private sector to pull in one direction to facilitate investment in the energy sector.

A stable political environment would also be key to boosting investor confidence.

l This is the second part in a series of articles on the recently launched Medium Term Plan to guide Government programmes in the period 2011-2015. 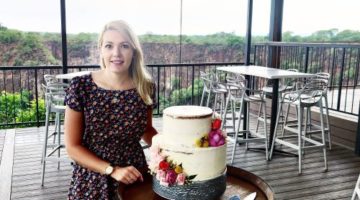 Victoria Falls has its very own “Cake Boss”