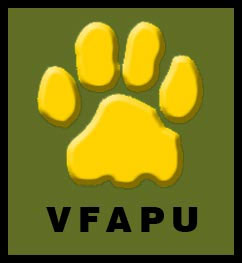 Many thanks to those concerned that continue to support the unit and it’s operations and one can not emphasis enough, the importance of this vital support which keeps our fight against the crime of poaching in operation.

It is a deep concern though, that we have lost a substantial amount of support with a number of companies unable to meet the monthly pledge for various reasons.

VFAPU would also like to express our gratitude to the National Parks and Wildlife Management Authority, the Zimbabwe Republic Police, the Victoria Falls Municipal Police and the Tourism Police for this opportunity to work together in a combined effort to conserve Zimbabwe wildlife for everyone’s benefit, present and future.

Please refer to our report below for details for our operations during the year 2011 so far. Please do not hesitate to contact me should you require any further information.

SUMMARY OF STATISTICS FOR 2011 so far:

Snares located: 35
Persons apprehended: 29 (17 wood poachers, 9 illegal miners and 1 drug dealer))
Mammals darted: Nil
Mammals found poached: 2
Species: 1 kudu, 1 elephant bull
Location/s: The kudu was found in the valley beneath the helicopter pad at Elephant Hills. The elephant bull was discovered by the Fuller Forest ridge, with the tusks removed and taken.
Other: A carcass of a young buffalo was located by the farm school – cause of death unknown. One female warthog was found dead along the railway line by Sekuti’s Drift and the cause of death is unknown. A female kudu was killed by a pack of wild dogs along the Masuwe River, east of Masuwe Lodge.

Snares located: 10
Persons apprehended: 37 (20 wood poachers, 1 curio vendor, 3 people found in the park in possession of sable and buffalo horns, 2 illegal entry to Zambezi national Park, 5 illegal miners)
Mammals darted: 1
Species: 1 elephant bull – had a three strand wire snare on the rear right leg.
Location: Big Tree area
Mammals found poached: 1
Species: Hippo
Location: Close to Number 21 picnic site in the Zambezi National Park. %t had been shot 7 times with what looked like AK47 rounds. It had been skinned and lost of the meat was taken.
Other: A female kudu was hit and killed by a speeding vehicle along Wood Road. One spear found hidden in the bush between Wood Road and the Victoria Falls Safari Lodge boundary.
A wounded buffalo was shot by National Parks staff in the Masuwe Lodge area.

Snares located: 14
Persons apprehended: 12 (1 wood poacher, 2 illegal entry to the park, 1 selling illegal buffalo meat, 8 curio vendors )
Mammals darted: 1
Species: Kudu female
Location: Bog Tree area
Mammals found poached: 2
Species: 1 buffalo, 1 female eland
Location: The buffalo was snared off Wood Road and the eland was snared in the Chamabonda Vlei salt pan.
Location/s: The kudu was found in the valley beneath the helicopter pad at Elephant Hills. The elephant bull was discovered by the Fuller Forest ridge, with the tusks removed and taken.
Other: One impala died from natural causes in the golf course.

Snares: 27
Persons apprehended: 18 (17 wood, 1 illegal entry to the park)
Mammals darted: 1
Species: Elephant female
Location: Zambezi Drive/Ilala Lodge area
Mammals found poached: 2
Species: 1 Waterbuck bull and 1 buffalo female
Location: both mammals were poached at the small dam by the Busy Island curio market
Other: By Masuwe Lodge, 2 buffalo were shot by National Parks staff and Lion Encounter staff, after the buffalo were showing aggressive behaviour during lion walks.
An elephant bull was hit by the train south of Sekuti’s Lodge.
One sub adult male impala found dead on the golf course, with no apparent signs of poaching.
The scouts found a piece of ivory (35cm in length) 2km west of the Victoria Falls Safari Lodge and handed this over the National Parks staff.

Snares: 13
Persons apprehended: 13 (9 wood, 2 curio vendors and 2 mammal poachers)
Mammals darted: nil
Mammals poached: 6
Species: 2 warthogs, 2 kudu, 1 impala and 1 porcupine
Location: all mammals were poached in the vicinity of the Sekuti’s Drift sand ridges and this has been done by people from Chidobe Commual area entering the park on poaching raids.
Other: One male bushbuck was snared in front of the Victoria Falls Hotel but was abke to break free as VFAPU staff approached it.