Harare Airport to have ‘longest runway in Africa’ 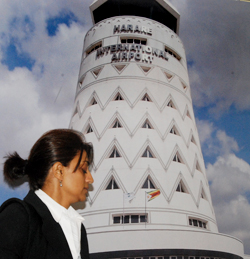 In addition to the 5km runway costing US$30 million, the Civil Aviation Authority of Zimbabwe (CAAZ) is also upgrading the Victoria Falls Airport runway which will give it capacity to land large aircraft like the Airbus.

CAAZ CEO David Chawota said they also expect work on the new Joshua Mqabuko Nkomo International Airport terminal building in Bulawayo to be complete within months as the country moves to reposition itself as a major tourist destination.

Finance Minister Tendai Biti went on a tour of the new Harare International Airport runway which is being constructed by local firm, Bitumen Construction Services.
He said: “The airport is the gateway to Zimbabwe and it is important to have first class, modern facilities.”

CAAZ is also upgrading information display systems at the Harare International Airport, along with surveillance and security systems equipment installed in 1992. A parliamentary report concluded last year that the facilities were “not fit for purpose”.

Biti stepped in to provide funding for the infrastructure projects forcing CAAZ to shelve plans for an Aviation Infrastructure Development Fund (AIDF) levy which would have seen domestic travellers charged US$10 and international passengers US$30.
CAAZ was aiming to raise US$400 million from the levy for the rehabilitation of airport infrastructure.

Next post De Jonge regains form on US Tour 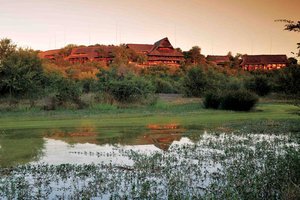