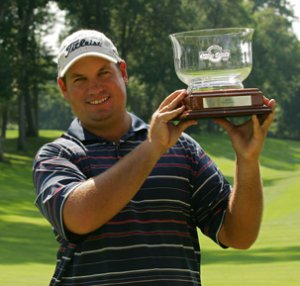 Brendon De Jonge regained his form with a second best finish of the season on the US PGA Tour after finishing tied for seventh at the John Deere Classic at the TPC at Deere Run in Silvis Illinois over the weekend.

De Jonge’s best finish of the season came at the Transitions Championships, where he finished tied for fifth place, which means he now has two top ten finishes this season.

The 31-year-old, who is Zimbabwe’s only export on the USA PGA Tour, went into Sunday’s final round in an overnight second place after carding carded a third round of 8-under-par 63.

However, a final round three over par 74 saw him drop six places down the leaderboard after finishing on 15-underpar — 269, seven shot behind American Steve Stricker, who finished on 22 under to take the John Deere Classic for a third year running.

Having held a two-shot lead going into the final day’s play, the 44-year-old Stricker soon brushed off the attentions of nearest challenger De Jonge to open up a five-shot advantage at the turn.

According to the PGA Tour website, De Jonge on the other hand lost ground after a double bogey on the par-four first before another one on the fifth before his lone birdie of the round on the par-three sixth.

Asked about his role model in golf De Jonge said and how connected he is with Zimbabwe; “Nick Price, definitely. I’ve become very good friends with him as well and it’s tough to find a better guy to have as a role model,” said De Jonge.

However it is the form that De Jonge showed in the first 54 holes which showed how the burly professional might not be too far from his first career championship on the PGA Tour.

De Jonge, who is now playing in his eighth year on the professional circuit, ranked 108th in the world, has been in fine form on the tour this year where he has managed to total over $ $802,623 in 21 tournaments.

Previous post Harare Airport to have 'longest runway in Africa' 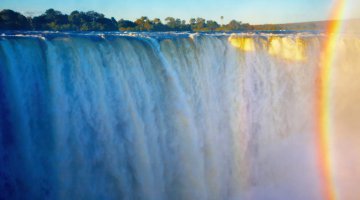