Thank you so much for coordinating such a successful Regional Tourism Organisation for Southern Africa (RETOSA) meeting on cross border tourism,with industry players on Thursday, 23 June,2011.

The Vic Falls crowd was the best in all the meetings I have hosted on this study.We have gone through a lot in the last few years but I believe the industry and the players in Zimbabwe will come out of the woods if we continue to work together in the same spirit exhibited during the meeting.

Please convey my sincere appreciation to all the industry players who set aside their busy schedules to attend to the meeting to share their experiences on cross border tourism and strategies on the establishment of a free trade area for tourism services in the Southern African Development Community. We are preparing the report on the issues raised.However, we feel we might not have captured all the pertinent issues and would like to request for written submissions from the participants on issues they feel strongly about or any one who can help us recapture the key issues. This can be conveyed through this email address.

Once again thank you so much and to all the Vic Falls players well done!!!! 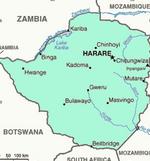 THE Regional Tourism Organisation of Southern Africa is mulling creating a free trade area among member states in what is expected to open up borders and allow free movement of tourists and investment within Sadc.

The initiative is expected to result in an upsurge in tourist arrivals, as the destination will be more accessible and affordable, which could result in a significant increase in tourism trade and investment in the region.

This comes at a time when Sadc countries are working on a Uni-Visa system to facilitate movement of people from the respective member states.
Expectations are that the tourism FTA and Uni-Visa system will bring down barriers and bottlenecks stifling regional tourism growth and development.
Retosa secretariat – the Sadc arm for promotion of tourism – has already engaged a consultant to carry out a study on “Barriers or bottlenecks to growth and development of tourism among the regional member countries”.

A communiqué from Retosa executive director Mr Francis Mfune reads: “The Retosa secretariat would like to advise all member states that with the funding from the Centre for Development Enterprise, Green Tourism Services has engaged as the consultant to carry a study on barriers of bottlenecks to regional tourism growth and development.”
Addressing tour operators and stakeholders in the tourism industry in Victoria Falls last Thursday, project co-ordinator Mrs Rose Mukogo of Green Tourism Services said Retosa was exploring the possibility of a Sadc FTA for tourism.
She will meet Sadc ministers, permanent secretaries and officials of tourism, transport, environment, trade, economic planning, finance, home affairs, culture, natural resources and heads of private sector tourism associations.

“Victoria Falls and Livingstone (Zambia) have been identified as hotspots in tourism. There is a lot of cross-border trade between the operators here and in Livingstone.
“Boats cross borders on sunset cruises and helicopters cross country air spaces flying tourists over the Victoria Falls rainforest. So with that in mind, it is hoped that synergies, such as cross-border activities, can be allowed in the whole region for the growth of the sector,” she said.
Retosa has been marketing and promoting Sadc tourism was as one destination.

However, some operators said the idea was noble, as it would make the destination cheaper to visit if the cross-border barriers were removed.
They said there was, however, need to harmonise systems to eliminate duplication of activities and requirements that frustrated visitors and also made the destination undeservedly more expensive that other places.

But other players in the tourism industry in Victoria Falls expressed strong fears about the idea saying this could destroy the resort as huge volumes of visitors, under an FTA, may lead to disregard for the environment.

However, an FTA will only work if the country is more accessible. At the moment there are less than four aircraft landing at Victoria Falls International Airport.
This is despite the fact there are over eight airlines which land at the Harare International Airport who want to ply the Victoria Falls route in what tourism players believe would lead to more arrivals and industry growth. 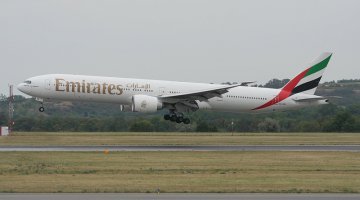